The Win32/Rovnix family of Trojans is a relative newcomer to the malware world. The original Win32/Rovnix malware infection was first detected in 2011, with new variants popping up every few weeks since the first appearance of this severe threat. Trojans in the Win32/Rovnix family are Trojan droppers, designed to infiltrate a computer system and place certain files on the victim's computer. This characteristic makes Win32/Rovnix highly versatile. ESG security researchers have detected the use of Win32/Rovnix Trojans in association with various malware attacks, including the Carberp family of malware which is the most widely disseminated banking Trojan in the Russian Federation. Any malware infection involving Win32/Rovnix will usually pose a severe threat to the infected computer due to the high degree of control that Win32/Rovnix allows criminals to gain over the infected computer system, as well as the advanced nature of security vulnerabilities that Win32/Rovnix exploits. In order to remove Win32/Rovnix, it is important to ensure that the security programs you have are fully up to date.

A Basic Description of a Win32/Rovnix Trojan Attack 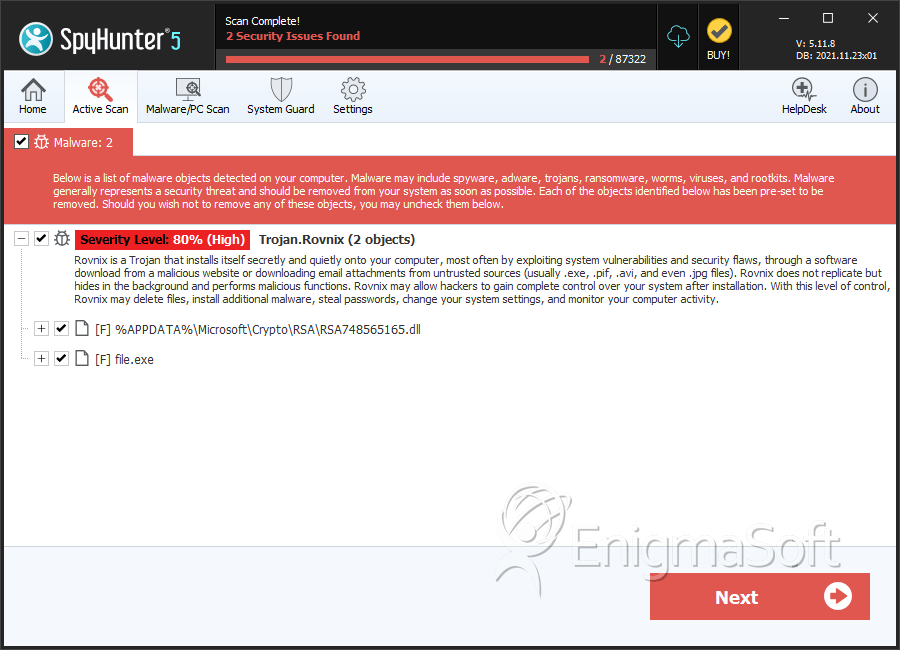