Antivirus System should be removed with the help of a reliable anti-malware application, as well as any of its clones that include System Security, Antivirus Security, Total Security 2009, Security Tool, Trojan.RogueAV.a.gen, System Adware Scanner 2010, FakeAlert-KW.e, Advanced Security Tool 2010, System Tool 2011, Security Shield, MS Removal Tool, Total Security, System Security 2011, Essential Cleaner, Security Shield Pro 2011, Personal Shield Pro, Security Shield 2011, Security Sphere 2012, Advanced PC Shield 2012, Futurro Antivirus. This fake anti-virus program will often interfere with legitimate security software on the victim's computer. Antivirus System also causes browser redirects preventing the computer user from accessing websites related to computer security. To remove Antivirus System, we recommend starting up the infected computer in Safe Mode and then using a reliable anti-malware program to scan the infected computer. If symptoms persist, it may be necessary to use a specialized anti-rootkit tool to ensure that more severe malware has not been installed on your computer. 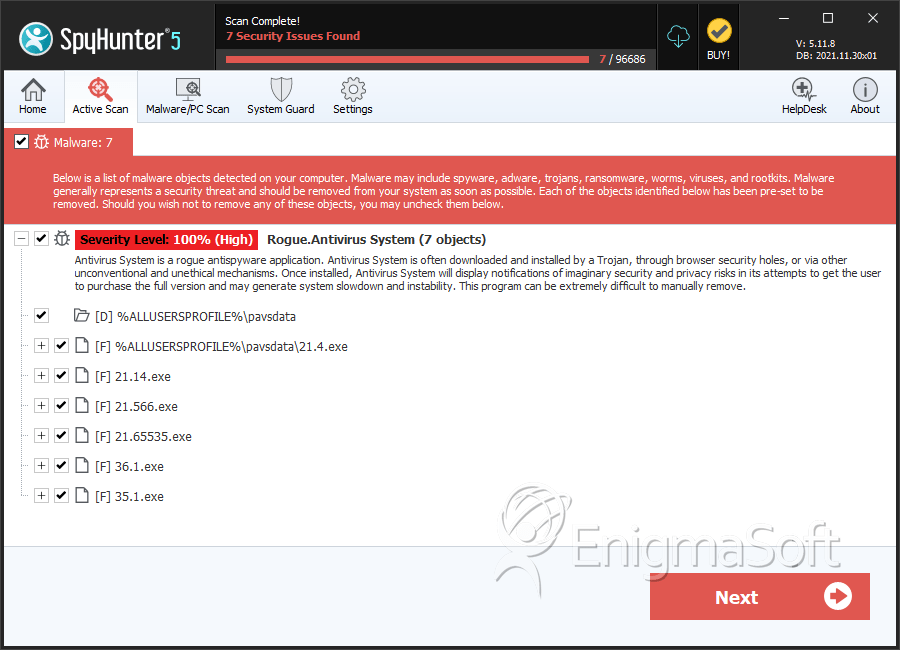 Antivirus System creates the following file(s):
Expand All | Collapse All

The following messages associated with Antivirus System were found: