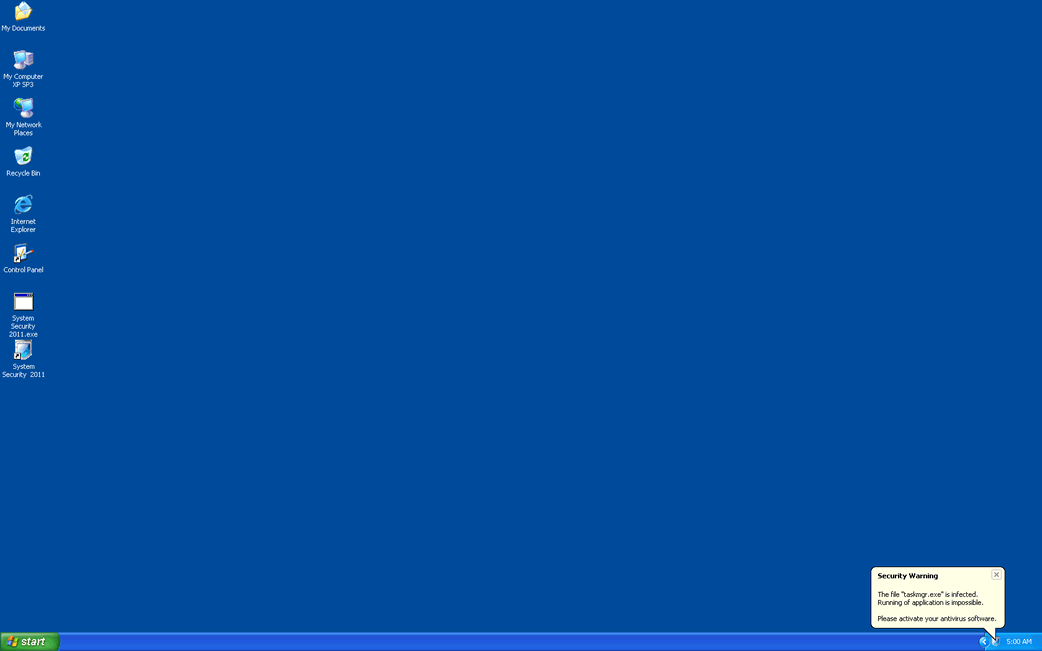 The System Security 2011 Scam and Its Many Clones

System Security 2011 can cause a variety of problems on the infected computer. Some effects of this dangerous rogue security application include blocked access to the victim's files, browser hijacking and frequent system crashes and performance problems. System Security 2011 is associated with a number of malicious websites that, while appearing to promote a legitimate security program, are actually made to trick victims through deceptive marketing. According to ESG malware analysts, System Security 2011 has been infecting PCs for a long time, existing previously under different names and interfaces. Some clones of this dangerous rogue security program include OpenCloud Antivirus, WolfRam Antivirus, Cloud Protection, Guard Online, OpenCloud Security and Bogema Security, each of these associated with a corresponding fraudulent website. Remember, these fake security programs are actually clever disguises for dangerous Trojan infections. Even worse, System Security 2011 has been known to work in tandem with rootkits such as variants of the TDSS rootkits and ZeroAccess rootkits. In these cases, an anti-rootkit tool may be necessary to stop the infection from taking over your computer system.

Dealing with a System Security 2011 Infection 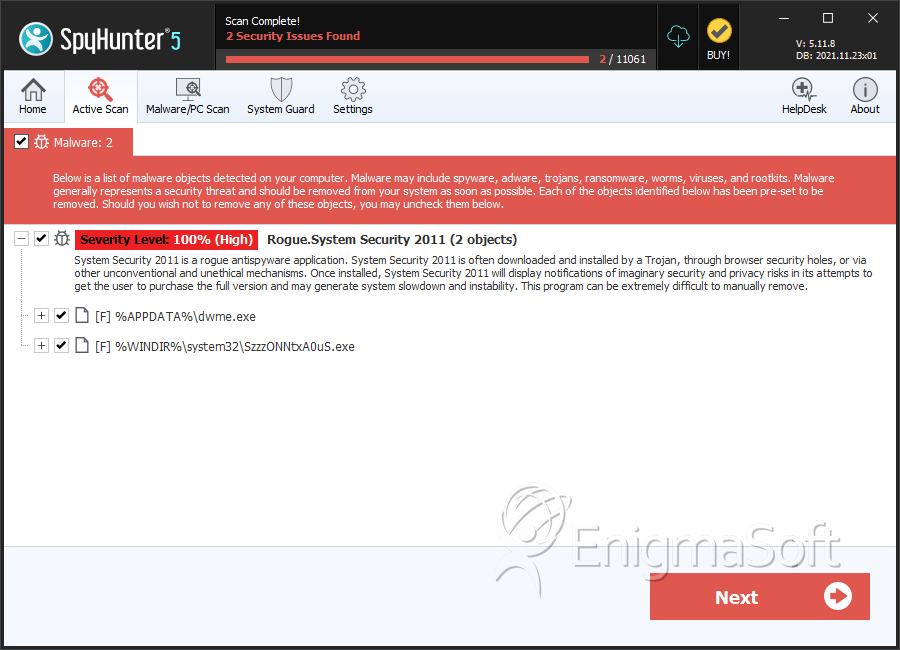 System Security 2011 creates the following file(s):
Expand All | Collapse All
Your comment is awaiting moderation.
Please verify that you are not a robot.