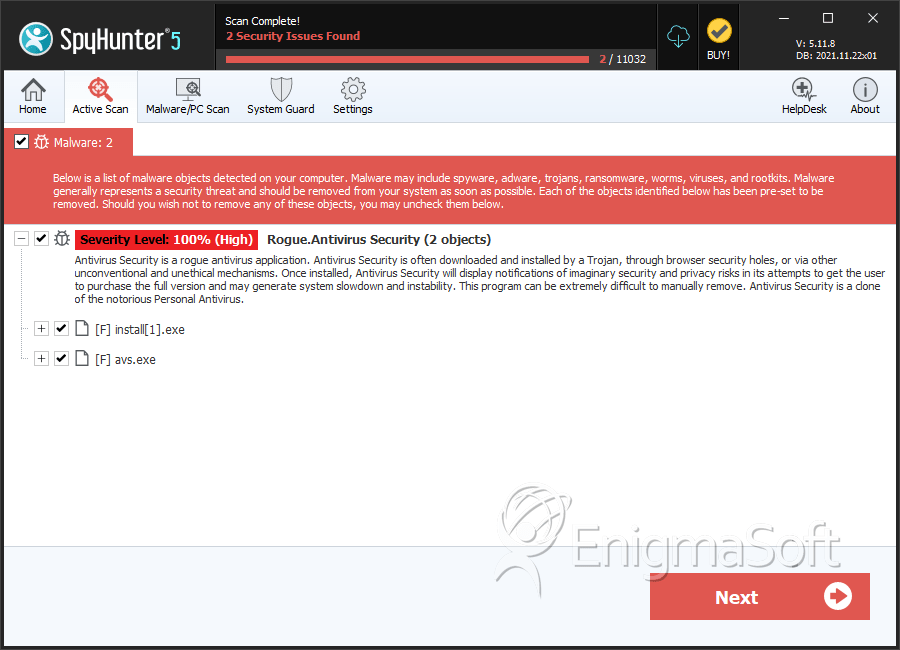 Antivirus Security creates the following file(s):
Expand All | Collapse All
Your comment is awaiting moderation.
Please verify that you are not a robot.

Phishing, Spam
November 8, 2022
Fraudsters are disseminating lure emails as part of a phishing campaign trying to trick users into providing their email account credentials. The fake emails are presented as important notifications about a security issue with the recipient's email. The subject of the lure messages could be a variation of the '[EMAIL ADDRESS] EMAIL-UPDATE WARNING!!' Unsuspecting users will be told that their...

Phishing
October 21, 2022
A phishing campaign targeting users' Social Security Numbers (SSNs) has been uncovered by cybersecurity experts. The initial stage of the scam campaign consists of the dissemination of lure emails presented as if being sent by the U.S. Social Security Administration. However, the real sender is just a random Gmail address. Details about the phishing operations were revealed in a report by the...

Rogue Websites, Adware
November 7, 2022
The Alltimesecuritysystem.live website is a rogue page used by its operators as a way to run online schemes. Typically, users do not open such pages willingly and are often taken there as a result...

Rogue Websites, Adware, Browser Hijackers
September 2, 2022
Securitycheckpanel.com appears to be a website dedicated to running various online tactics. Which particular scheme will users encounter on the page may be based on various factors, including their...

Rogue Websites, Adware
August 23, 2022
Securityanalysisreport.com may, at first glance, appear as a serious website trying to help users better protect their computers and devices. In reality, however, the site relies on fake scare...