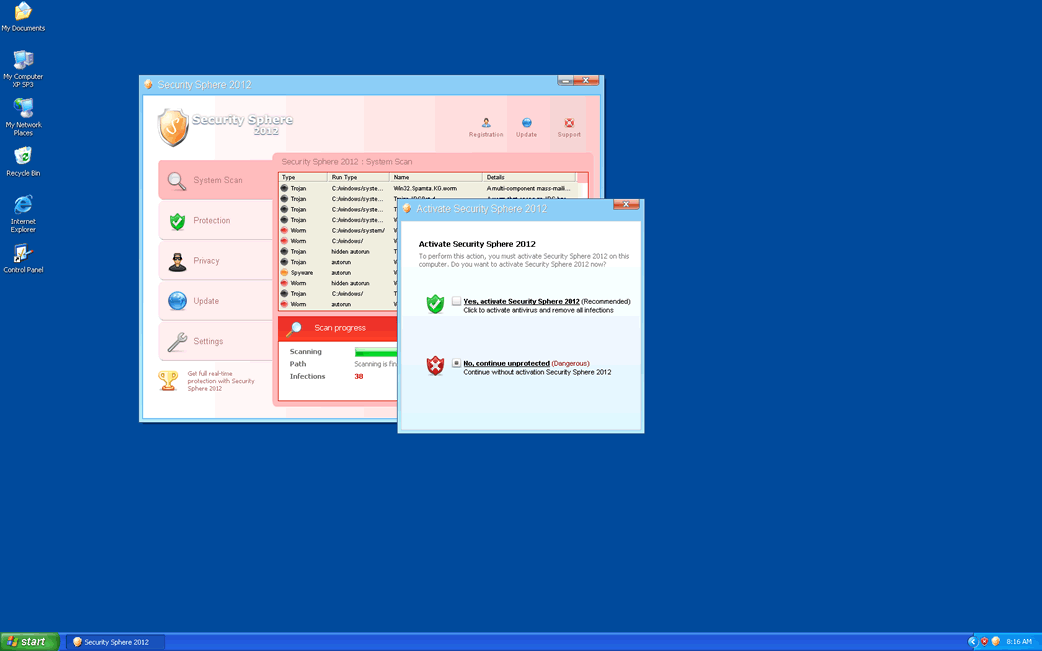 How Security Sphere 2012 Manifests Itself

Virus infection!
System security was found to be compromised. Your computer is now infected. Attention, irreversible changes may occur. Private data may be stolen.
Click here now for an instant anti-virus scan.
Taking Security Sphere 2012 to Task for Its Fake Security 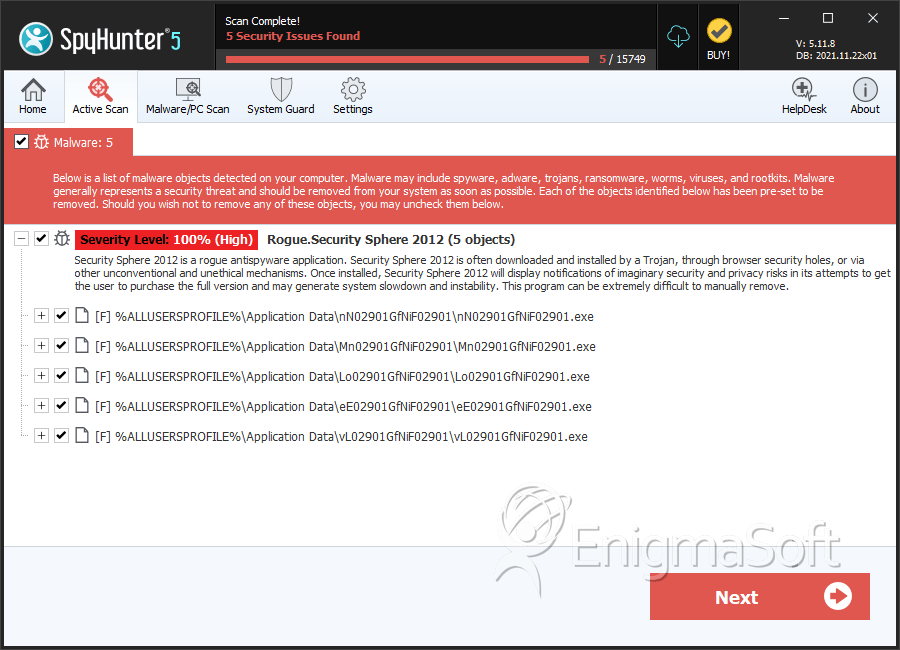 Security Sphere 2012 creates the following file(s):
Expand All | Collapse All

The following messages associated with Security Sphere 2012 were found: