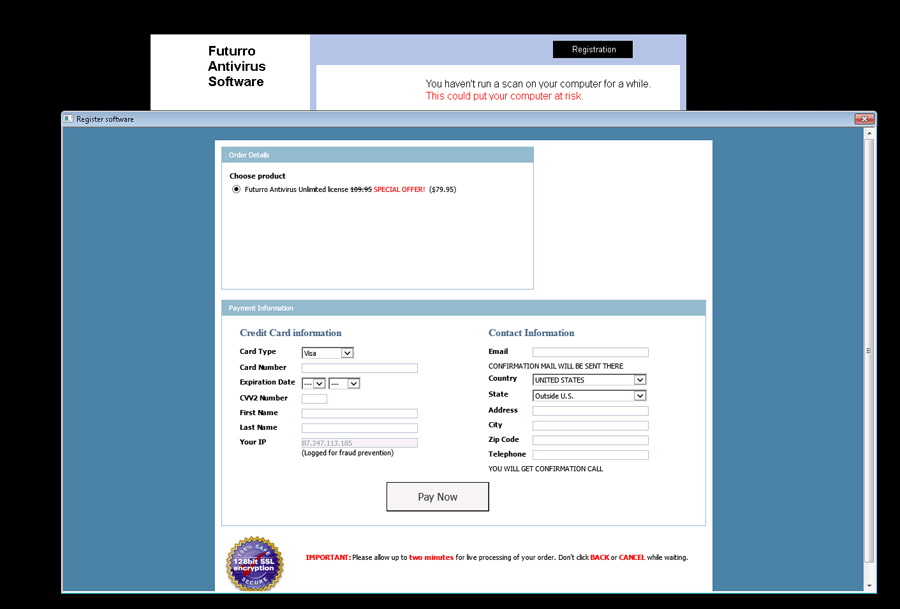 You should avoid installing Futurro Antivirus and should ignore all of its bogus notifications. Since Futurro Antivirus can interfere with legitimate security software, security researchers advise booting up the compromised computer in Safe Mode before attempting to remove Futurro Antivirus. Malware analysts strongly advise computer users to avoid paying for Futurro Antivirus or following any of its instructions. Instead, a real security application and safe Web browsing guidelines should be used to prevent Futurro Antivirus from being installed in the first place.