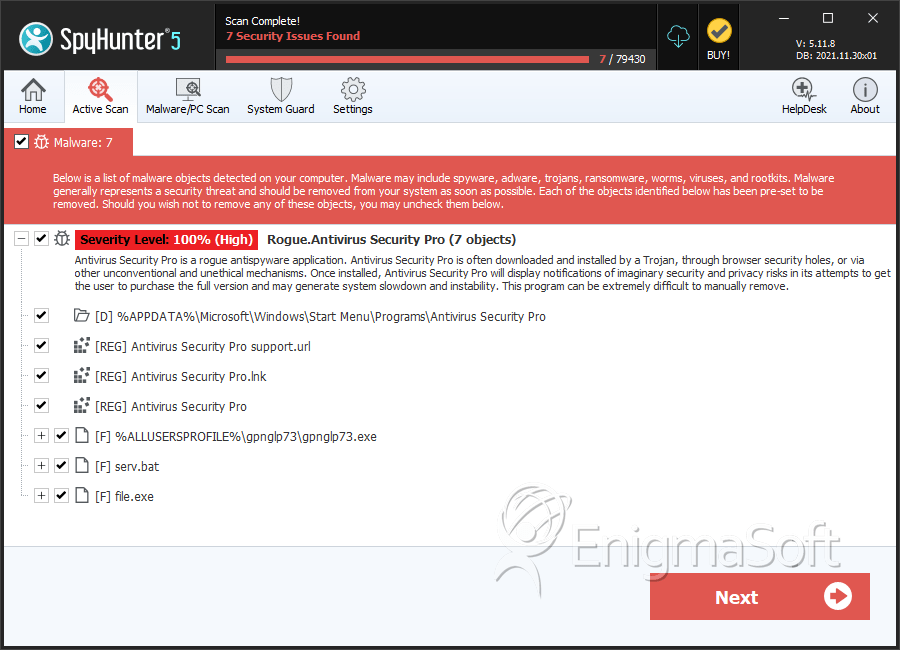 The following messages associated with Antivirus Security Pro were found:

I downloaded an app, open the app and now I can't get out of the app.

given 8 years ago Reply 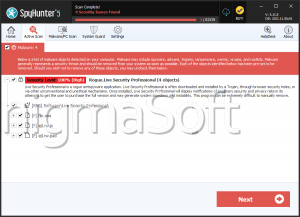 Rogue Anti-Spyware Program
June 14, 2013 2
Internet Security Protection is a fake anti-spyware application from the family that is designed by cybercriminals to scare victims into believing their computers have been infected with various...

Rogue Anti-Spyware Program
November 27, 2013
As 2013 approaches its end, criminals have started to release versions of known rogue security programs with the string '2014' attached to the rogue's name. Antivirus Security Pro 2014 is one of...

Rogue Anti-Spyware Program
June 4, 2013
Despite its name and appearance, it is important to understand that Internet Security Pro 2013, one more component of the family is a malicious security program, a bogus anti-virus solution that...