How Does Windows XP Restore Damage Your Computer?

Can You Use Your Computer Normally if It is Infected by Windows XP Restore?

What Can You Do to Protect Yourself?

Use common sense when browsing, Windows XP Restore probably got on your computer through a Trojan downloaded inadvertently from a suspicious website.

- Avoid downloading anything from adult websites or file sharing networks.

- Don't fall for online "free computer scans". Use a legitimate application to scan your computer instead. 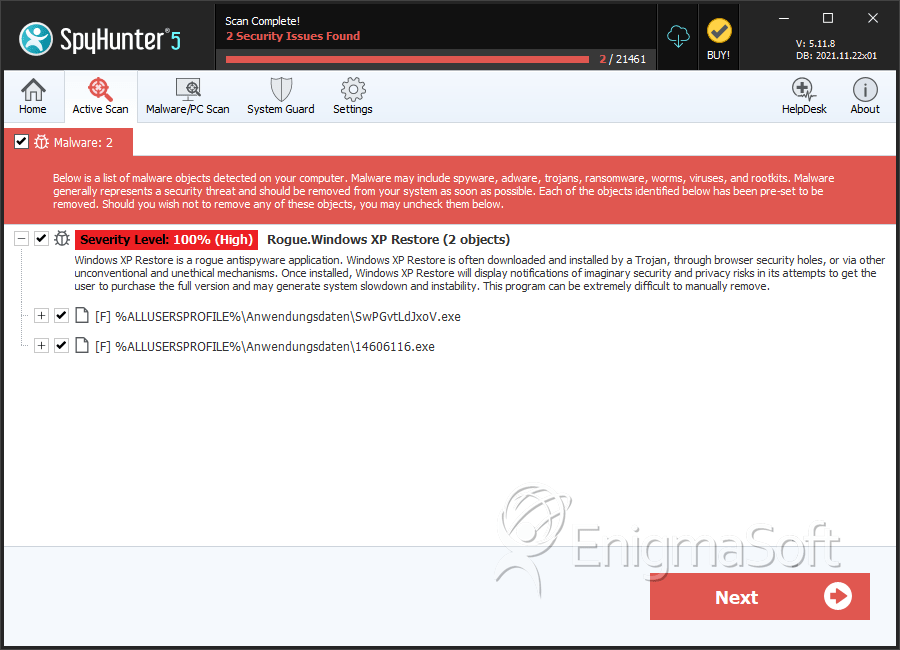 The following messages associated with Windows XP Restore were found: