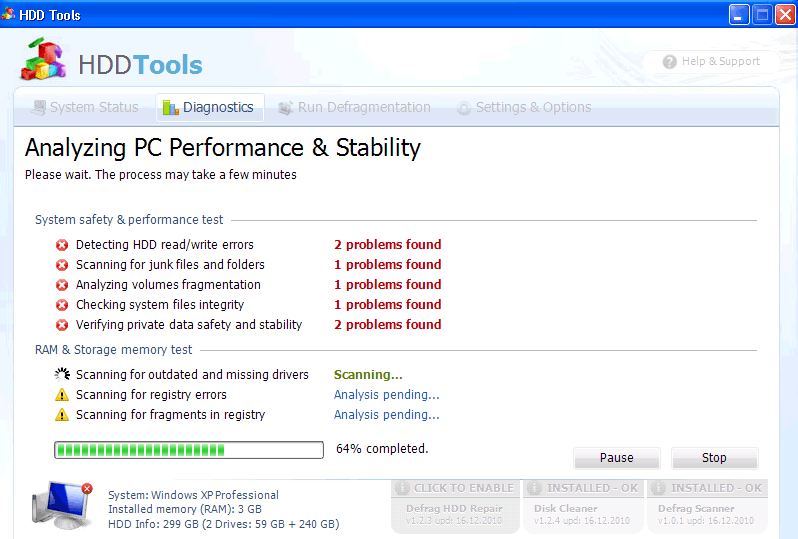 HDD Tools (or HDDTools) is a fake PC optimization tool designed by malware makers who ultimately want to extort money and any personal information from Web users. HDD Tools infiltrates a computer through Trojan viruses, designed to infect the computer in a stealthy manner and mostly found bundled in fake video codecs. HDD Tools claims to detect critical errors and hard disk issues but all its warnings are a ploy to draw out fear and stress to worried computer users. HDD Tools runs a fake system scanner every time you boot your computer and generates a list of fake system errors as its final diagnosis. You should not adhere to the fake error messages and scans produced by HDD Tools; the fake error messages are nothing more than fabricated warnings to lead you to purchase the HDD Tools application.

In some cases, HDDTools prevents you from opening other Windows tools like the Task Manager or your anti-malware program so you're left helpless with a useless program constantly reminding you that the only available option is to purchase a license of HDD Tools. Once you purchase HDD Tools, you will not have a clean computer and you've given your credit card to online fraudsters. Removal of HDD Tools is essential and can be accomplished by using a reliable anti-malware program capable of running on a computer infected with HDD Tools. 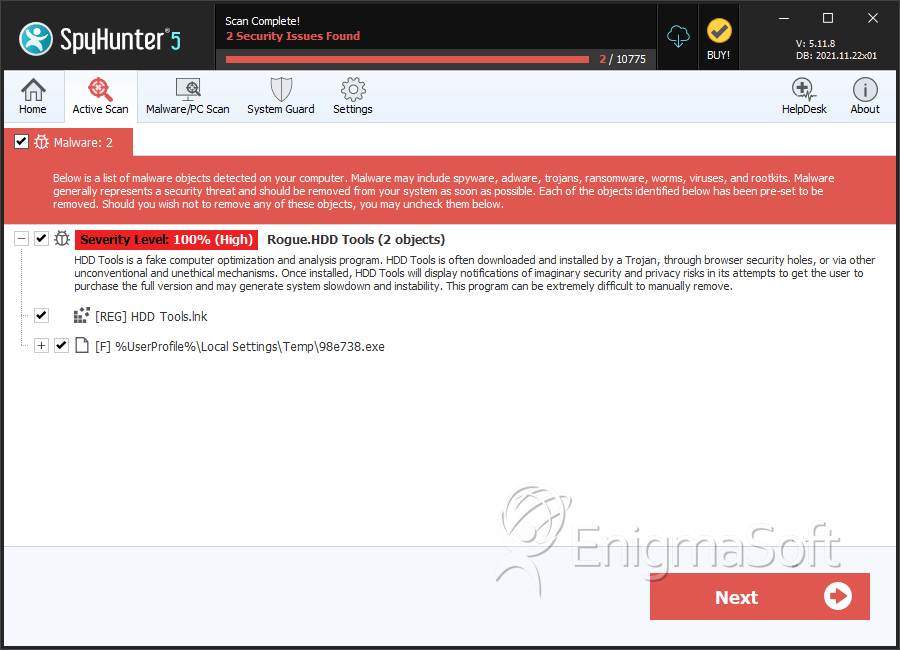 HDD Tools creates the following file(s):
Expand All | Collapse All

HDD Tools creates the following registry entry or registry entries:
File name without path
HDD Tools.lnk
Your comment is awaiting moderation.
Please verify that you are not a robot.