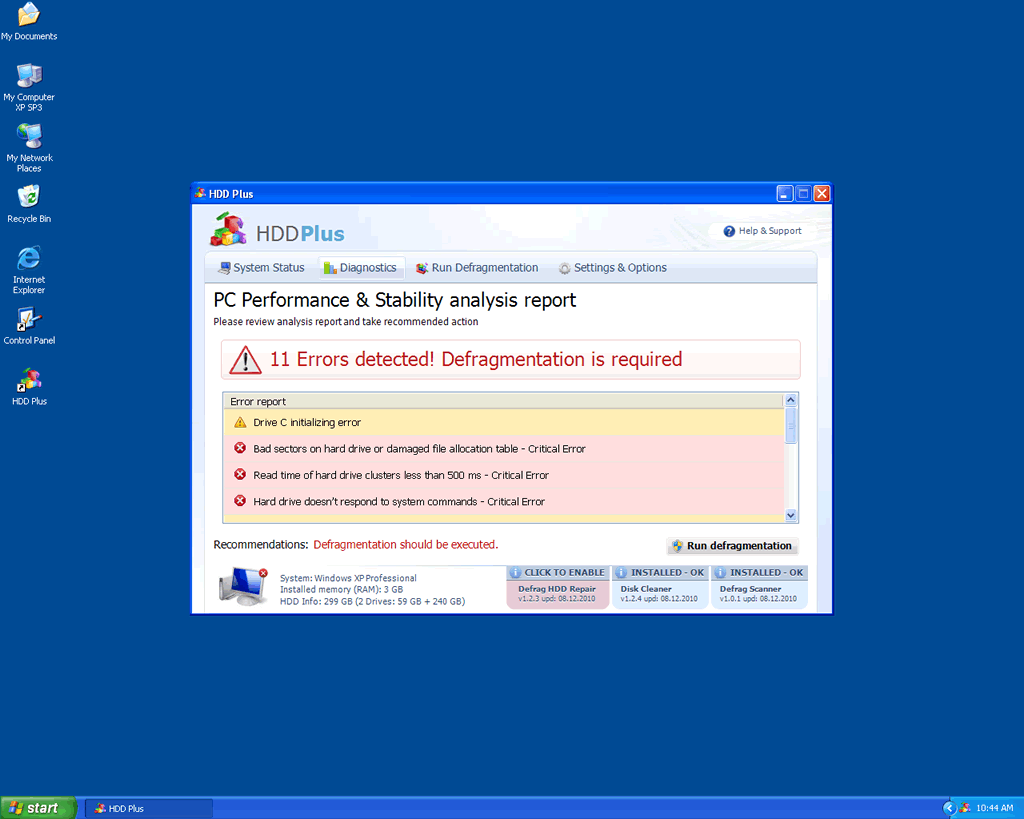 HDD Plus belongs to a large family of fake defragmenters and computer optimization tools, the FakeSysDef family. These programs operate in a manner that is typical of most rogue defragmenters and are characterized because the majority of rogue defragmenters in this family use the acronym HDD in their title or in their initials. Master Utilities, the last known clone of HDD Plus, is part of a more recent generation of members of this rogue defragmenter that have stopped using the HDD acronym.) A computer infected with HDD Plus will malfunction in a number of different ways, usually requiring the removal of HDD Plus with a strong, up-to-date anti-malware program. ESG security researchers consider that HDD Plus poses a danger to your computer's health and to your privacy; its removal should be a top priority.

HDD Plus and Other Related Rogue Defragmenter Scams

To understand HDD Plus, it is necessary to understand how a rogue defragmenter scam works. This con job has become popular in the last ten years, as a way of taking advantage of the large number of relatively new and inexperienced computer users. Typically, rogue security programs are malware threats that are disguised as legitimate security application or system optimization tools. Computer users that install a rogue defragmenter like HDD Plus will usually be shown a fake scan of their system, along with a large number of fake security alerts. All of these are designed to make the victims panic and think that their computers are severely damaged. Then, HDD Plus urges the infected computer users to pay for a fake license of "full version" of the rogue defragmenter in question. It is important to remember that the problems on the infected computer are caused by the rogue defragmenter itself.

Effects of HDD Plus

HDD Plus will seldom attack a computer alone. In fact, this rogue defragmenter usually requires the help of a Trojan to infect a victim's computer. Some examples of Trojans associated with HDD Plus include the Fake Microsoft Security Essentials Alert Trojan and the Zlob Trojan. HDD Plus can cause a computer system to run slowly, crash frequently and refuse to open certain applications or websites. HDD Plus is also designed to pester its victim with constant fake security alerts and annoying pop-up notifications from the Task Bar. Most problems associated with HDD Plus can be stopped temporarily by starting up in Safe Mode. 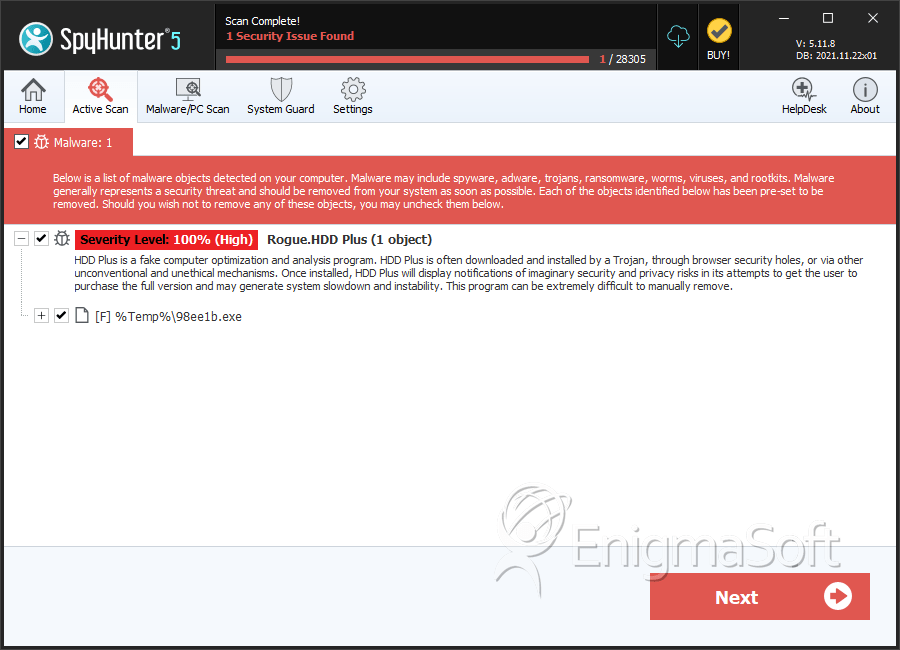 HDD Plus creates the following file(s):
Expand All | Collapse All
Your comment is awaiting moderation.
Please verify that you are not a robot.