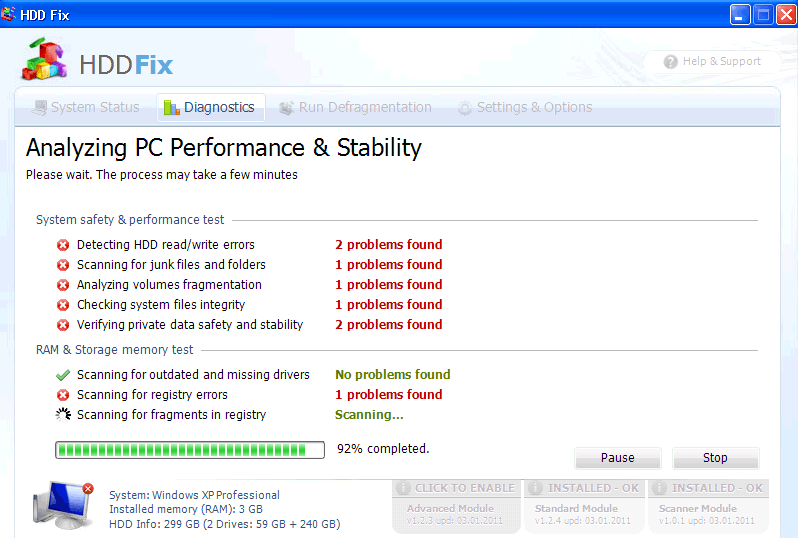 Hdd Fix or HddFix is a rogue disk defragmentation program that belongs to the FakeSysDef family and was created by criminals to pilfer money out of gullible users. Hdd Fix is secretly installed and executed on victims' computers with the help of Trojans. These Trojans will also display fake error messages and run a system scan that will detect numerous errors with the computers' hard drive, CPU and system memory. Hdd Fix will also terminate other programs each time a victim attempts to launch them. Do not believe the scan report or pop-up warnings displayed by Hdd Fix. All the errors detected by this rogue are fake and should be ignored. Users that detect Hdd Fix on their systems should remove it with a good computer security application as soon as possible. 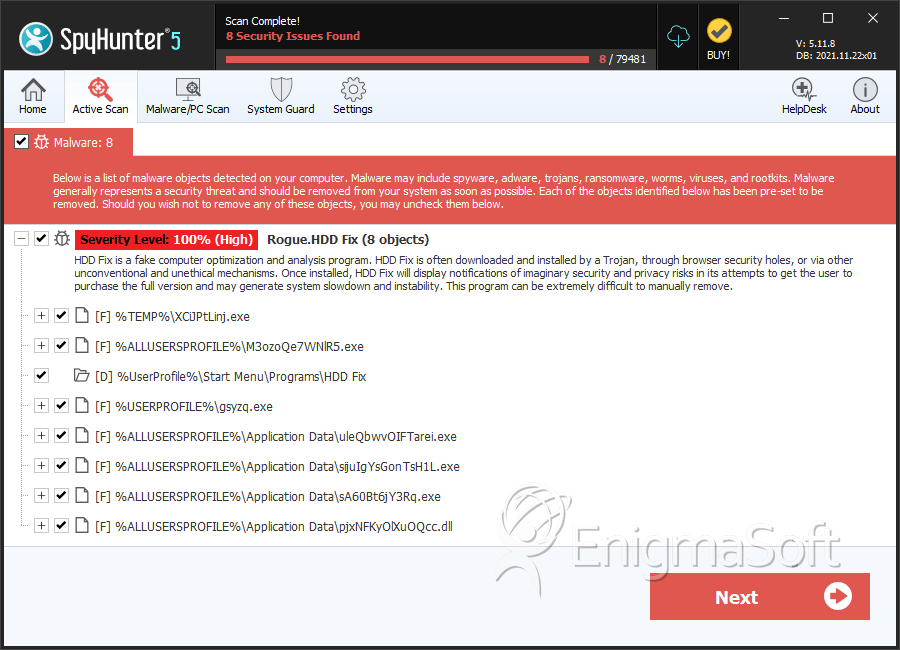 Hdd Fix creates the following file(s):
Expand All | Collapse All

The following messages associated with Hdd Fix were found: