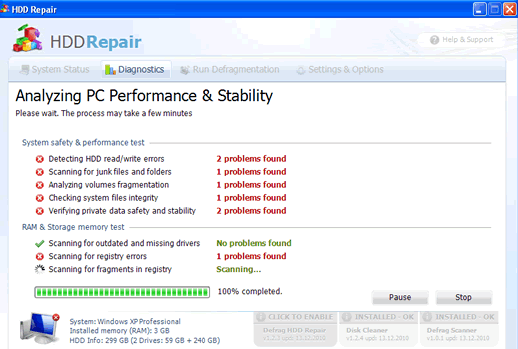 HDD Repair is a fake system defragmenter which is typically distributed/installed onto computers by Trojans or fake online scanners. HDD Repair, as other members of the FakeSysDef family does not require a users permission to be installed or executed on a computer system. On successful execution, HDD Repair will display a fake system scanner with a similar GUI as its relatives. Once the fake system scan is complete, the victim will be notified of several hard drive or registry errors on the PC and then he/she will be prompted to pay for the "licensed version" of HDD Repair in order to repair the detected system errors.

HDD Repair will also prevent a victim from executing other programs installed on the PC so as to avoid being removed from the system with a security application. HDD Repair is one rogue application that you should never trust or pay for. Remove HDD Repair from your PC the moment you encounter its fake security alerts. 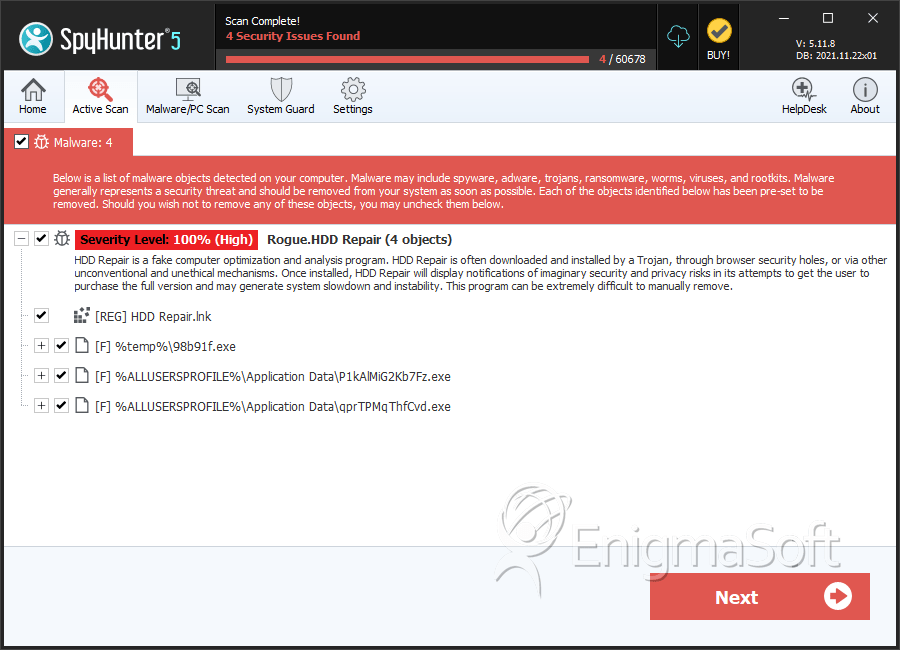 HDD Repair creates the following file(s):
Expand All | Collapse All

HDD Repair creates the following registry entry or registry entries:
File name without path
HDD Repair.lnk
Your comment is awaiting moderation.
Please verify that you are not a robot.