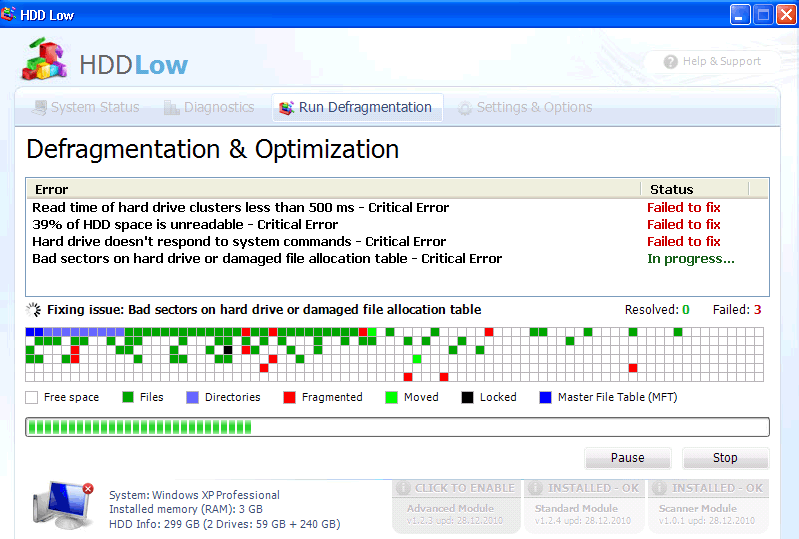 HDD Low, also known as HDDLow, is a bogus optimization tool from the FakeSysDef family that uses Trojans to infiltrate computers. HDD Low claims to detect several critical errors and blocks computer users from opening existing programs on the PC. The fake system errors range from hard drive issues to system memory failure. If you unwittingly purchase HDD Low, it will not repair your PC problems. HDD Low is, in fact, the PC problem.

HDD Low mimics a system scanner that pretends to report errors on a PC, but the scanner will report the same errors on every scan and even if its on a clean computer. HDD Low uses these crooked tricks to goad victims into paying for its full version. Do not trust HDD Low and use a reliable anti-virus program to stop HDD Low from blocking programs and running on your PC. 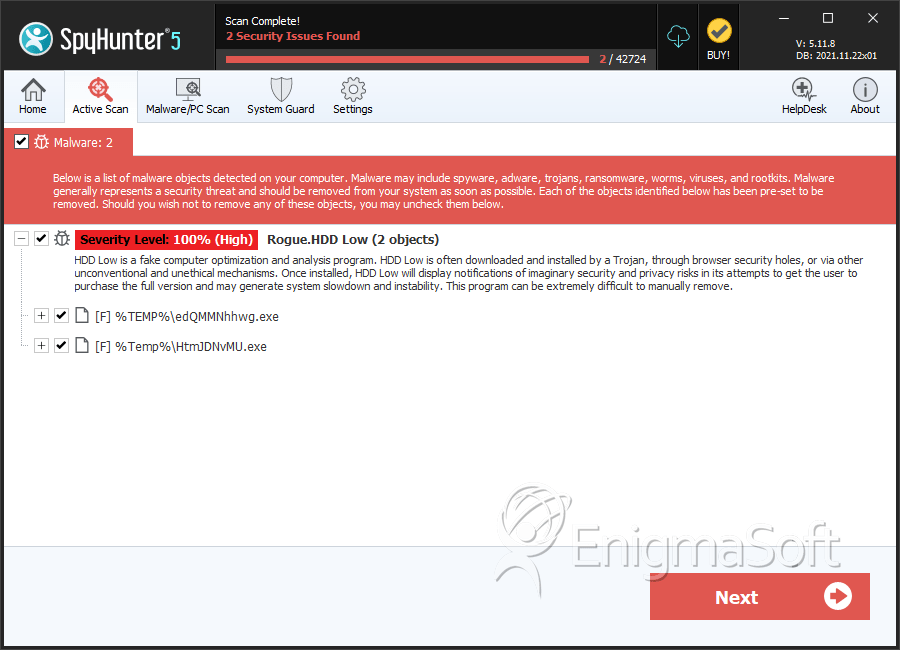 HDD Low creates the following file(s):
Expand All | Collapse All
Your comment is awaiting moderation.
Please verify that you are not a robot.