What Happens When Windows Fix Disk is Infecting Your Computer

Unfortunately, even if you immediately recognized that Windows Fix Disk was phony, and you have no intention of paying money for Windows Fix Disk, the malware can still cause you a lot of other problems. You will not be able to run other programs, some of your system folder contents will appear to be missing (although they are only hidden, and they haven't gone anywhere), and you will very likely find that your web browser gets hijacked if you try to go online. So although technically you will be able to start the program for your web browser, you will only be able to see advertisements, malicious sites, or the fake site for Windows Fix Disk. 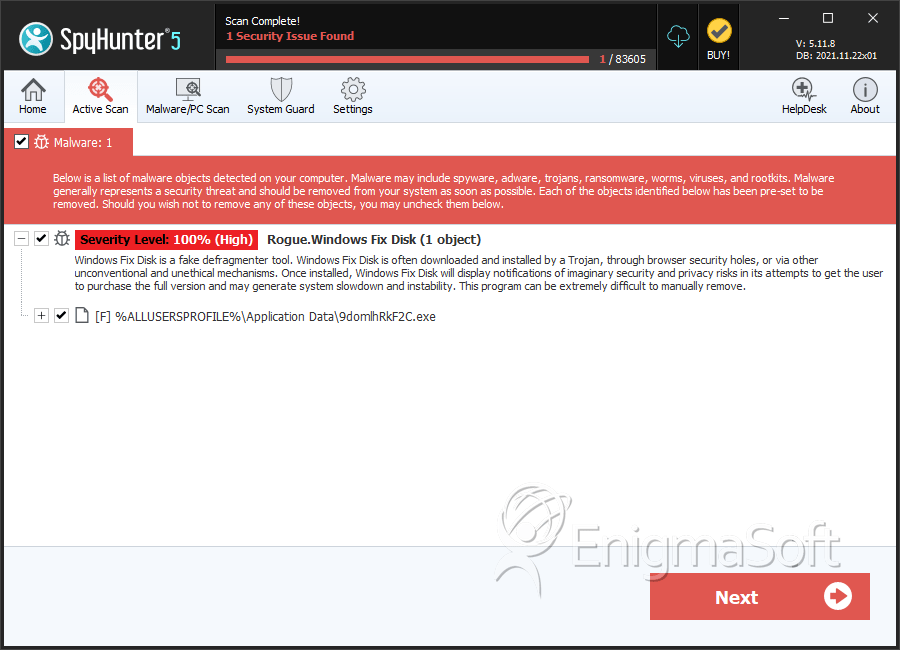 The following messages associated with Windows Fix Disk were found: