It is strongly recommended that Memory Optimizer be detected and removed with a trusted spyware removal program to make certain Windows system files are not damaged causing the computer to operate abnormally. 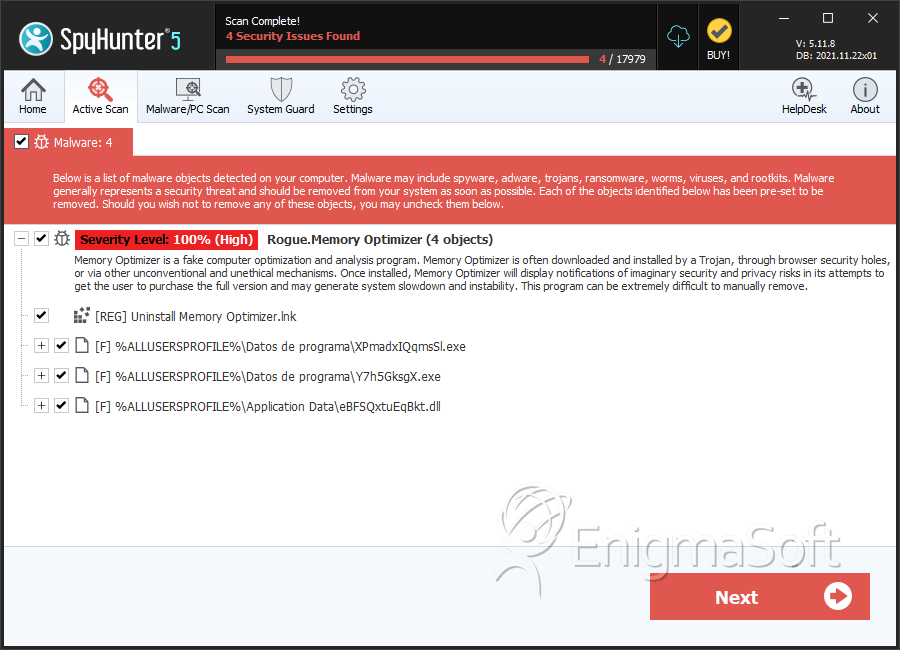 Memory Optimizer creates the following file(s):
Expand All | Collapse All