Antivirus 7 is a rogue anti-virus application. Antivirus 7 is able to enter a system with the help of Trojans that take advantage of backdoors or existing vulnerabilities in a computer system. On infiltrating a system, Antivirus 7 will generate a number of fake system security alerts as well as conduct a bogus system scan which will claim that the machine is infected with numerous malware. Following the security notifications, the victim will be advised to purchase the "full version" of Antivirus 7 in order to remove all the purportedly detected computer threats. Antivirus 7 is not to be trusted; it is actually a computer threat which should be removed upon detection. 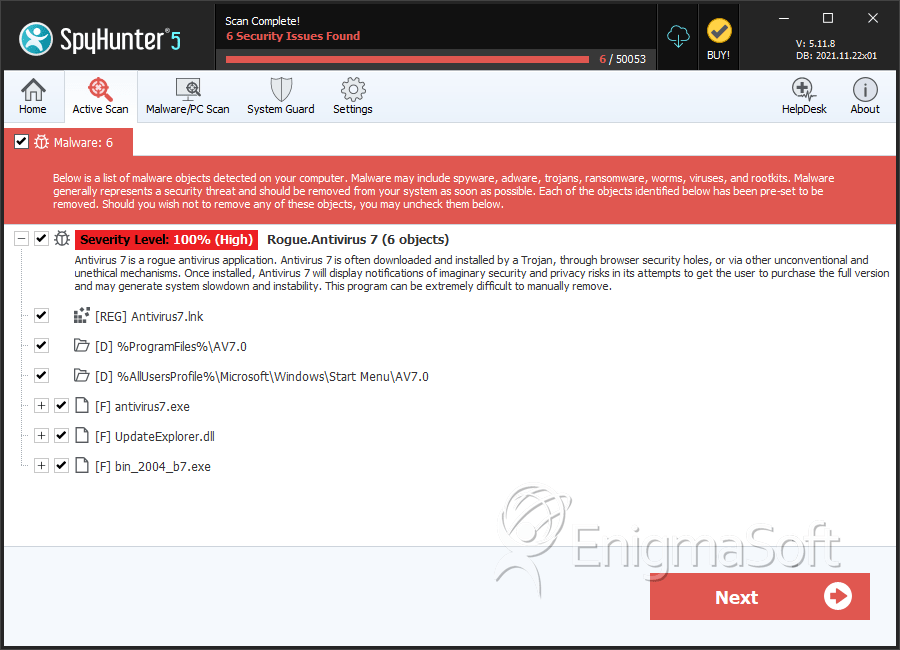