What E-Set Antivirus 2011 is, and Where the Infection Comes From

Symptoms of an Infection with E-Set Antivirus 2011

Once the scanner interface has cleared, E-Set Antivirus 2011 will generate an almost constant stream of pop-up security alerts. These alerts will claim that your computer is under attack, that some virus or other threats have been found on your computer, or that your security is otherwise in jeopardy. Some of the alerts use the names of real viruses in order to be more convincing, but that doesn't make the alerts any more accurate or real, since E-Set Antivirus 2011 can't actually detect computer viruses. Just like the phony system scans, these security alerts are there to convince you that you have no choice but to go online and pay for a license for E-Set Antivirus 2011. If you do decide to pony up the dough, be warned that you are giving your credit card number to criminals and that you will not get anything in return for your payment.

Origins of the E-Set Antivirus 2011 Scam 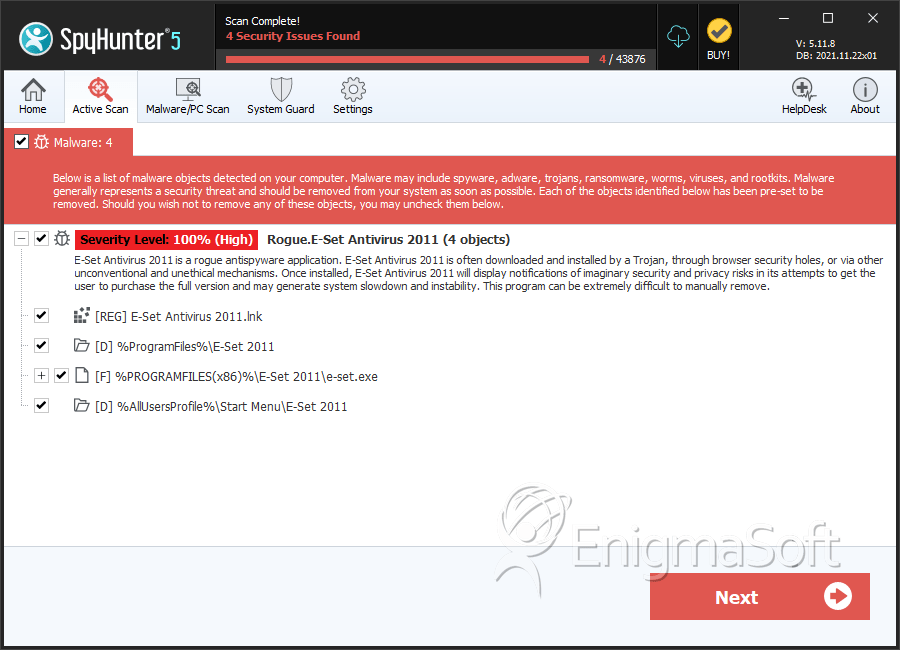