A rogue anti-virus program is a type of computer parasite not unlike that of a Trojan horse virus. Rogue anti-virus programs are typically installed onto your computer system due to web-surfing activities and the acceptance of advertisements claiming that leaving the current website will leave a trace or bug infection that their product can remove.

Rogue anti-virus applications differ from Trojan viruses by utilizing scare tactics in order to intimidate you into purchasing their product. In the case that one has already been installed on your system, many infections are possibly installed along with it will not appear in any “Add or Remove Programs” menu. 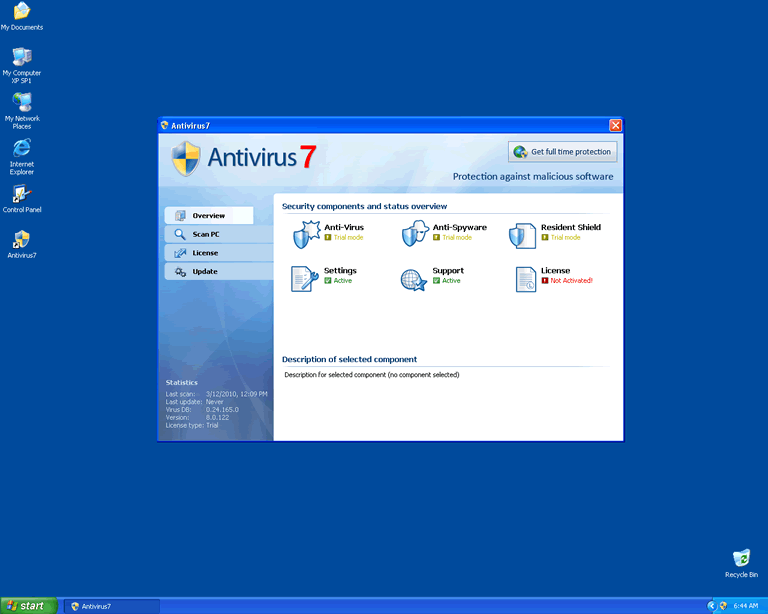 Most rogue anti-virus programs are distributed as follows:

Hidden (happening in the background)

Visual (happening in the foreground)

The above is typical behavior of most rogue anti-virus programs. Unfortunately, buying the rogue anti-virus program will not end the nightmare. In fact, by entering your credit card information you will be helping a cybercriminal possibly ruin your financial future. Unless you like throwing away your money and turning your computer over to a hacker, you will need to remove the rogue anti-virus program and associated files or components. However, removal may be easier said than done. Trojans and other malicious programs are known to use rootkit technology to mask and bury malicious files from persons or tools hoping to remove it. So while manual removal is not impossible, it will be hampered by obfuscation tricks, i.e. polymorphic coding and rootkits.

Trojans are stealth and can make system changes comparable to that of an IT expert. One change will involve editing the registry and adding an auto run key that runs the malicious executable each time the operating system is booted. Another change, thanks to rootkit technology, involves masking file names so they read the same as legitimate operating system files. If you are not familiar with the operating system structure, you may not realize the malicious file is mapped incorrectly. However, if you delete the wrong file, you could corrupt your own hard drive and erase valuable data. Therefore, use of a professional antimalware solution containing an anti-rootkit component is highly recommended. A stealth antimalware solution can not only uproot hidden malware in the kernel or BIOS and remove without causing further harm, but too restored corrupted files, i.e. operating system files the Trojan hooked or injected with malicious code.

In order to keep malware at bay, it will be important to keep an antimalware solution in effect at all times, keep software updated and patched, and follow safety guidelines when using the Internet. Otherwise, if you are using Microsoft Windows, you can expect a repeat performance at next and every boot thereafter.