Why You Should Not Trust Smart Fortress 2012's Supposed Security

Dealing with a Smart Fortress 2012 Infection 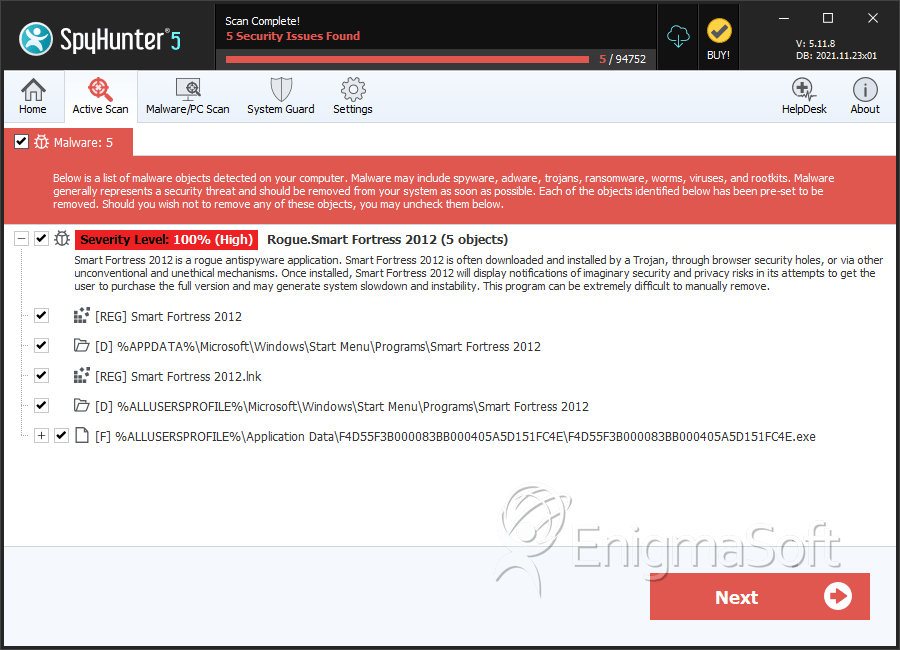 Smart Fortress 2012 creates the following file(s):
Expand All | Collapse All

The following messages associated with Smart Fortress 2012 were found: