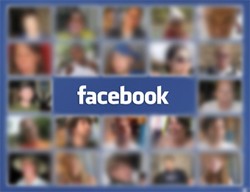 George Samuel Bronk, a 23-year-old California man, was arrested last week for breaking into web mail accounts of over 3,000 women and posting sexually explicit images of many of them on Facebook.

An investigation involving California Highway Patrol's Computer Crimes Investigation Unit and federal authorities was conducted after they were tipped off by a Connecticut woman saying that someone posted sexually explicit pictures of her on her Facebook page. After the tip, the investigators were able to link the IP address (Internet Protocol - a number that identifies a specific computer over the internet) used by a hacker who had stolen the photos from a hacked web mail account.

Authorities traced Bronk's IP address to identify that it was him who was posting these explicit photos and later raided his home to only discover that he had thousands of explicit images, some classified as child pornography, of victims.

Facebook is large social network were photographs can be easily shared and misused. Once a photograph is posted on Facebook, it is practically hard to near impossible to remove all traces of a particular posted image. This is one reason why we highly stress that computer users take control of their privacy and avoid posting something that you may regret at a later date. Posting too much personal information on any social network is always a bad idea as it could lead to issues similar to the Bronk case.

Several of the victims in the explicit image theft situation, about 20 individuals, have been positively identified so far and are in process of being notified from the California Office of the Attorney General. It has been estimated by authorities that explicit images were posted to just over 170 Facebook pages and emailed to friends of those account holders.

Currently, Bronk is facing 30 charges related to him hacking web mail accounts and being in possession of child pornography. These charges can carry serious sentences and is one more step in the right direction for putting an end to these scrupulous hackers running amuck over the internet.

Should the case of Bronk being sentence for hacking and possession of child pornography be heavily publicized so it can send a 'message' to other hackers and cybercriminals or do you think it would cause more fear among those that use social networks such as Facebook?