How A-Secure 2015 Carries out Its Deceitful Tactic

A-Secure 2015's main mode of attack involves making it appear as if the user's computer is severely infected with threats. Because of this, A-Secure 2015 has been linked to a number of irritating symptoms and problems on affected computers. Common problems that may be linked to A-Secure 2015 infections include severe performance issues. Computer users have reported that A-Secure 2015 causes affected computers to freeze, crash and run extremely slow. Fake versions of the Blue Screen of Death or alarming system error messages are also quite common. A-Secure 2015 can also have a negative effect on the affected PC's Internet connection. A-Secure 2015 may cause Web browser redirects and prevent computer users from loading certain Web pages. This may happen when it comes to websites associated with computer security. 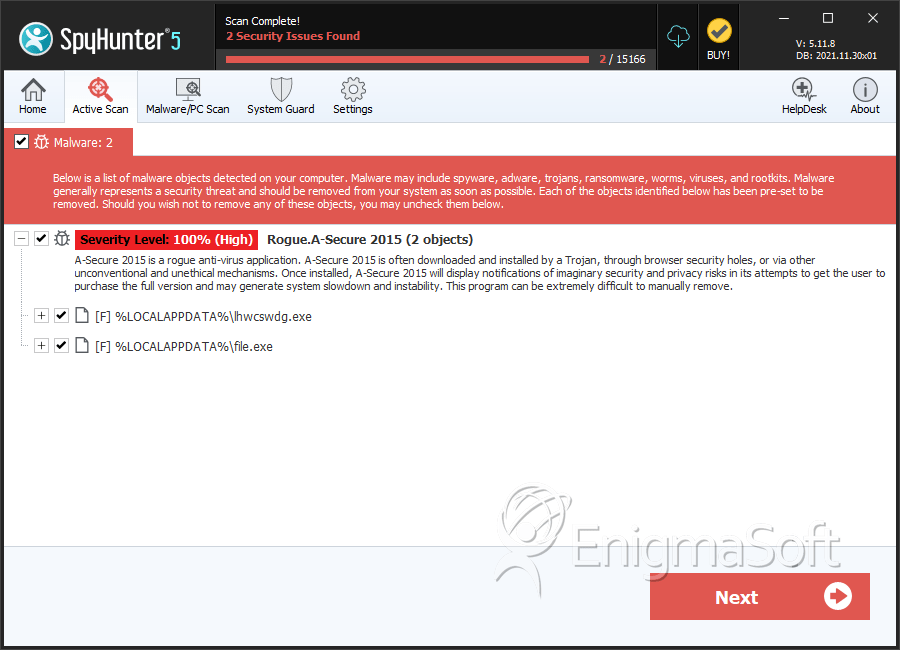 A-Secure 2015 creates the following file(s):
Expand All | Collapse All