These fake alert messages have titles such as "Warning!", "Critical System Error!" or "Your Computer Is Infected" to convince you that your computer is in danger and that you must click on the "Remove all threats now" button to fix the problem. Antivirus 2008 displays these results in an attempt to deceive users into purchasing the full Antivirus 2008 program. Antivirus 2008 comes from the same makers of Antivirus 2008 Pro and IE Antivirus. 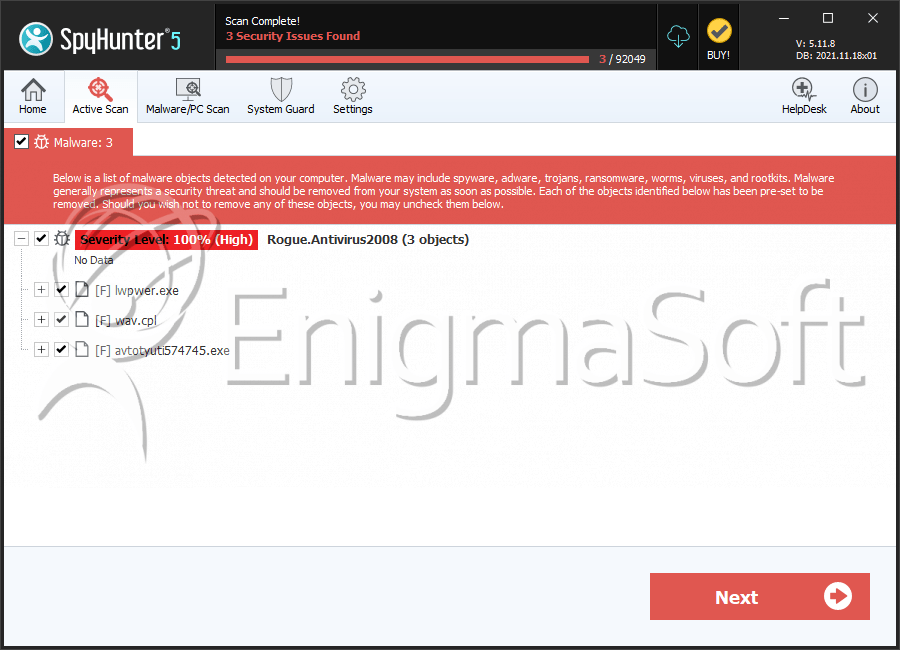 Antivirus 2008 creates the following file(s):
Expand All | Collapse All