Antivirus Pro 2009, a clone of AntiSpywareXP 2009 and XP AntiSpyware 2009, is a rogue anti-spyware application and part of the Antivirus XP family. Antivirus Pro 2009 is often installed by the Braviax or Zlob Trojan that generates pop up ads displaying false security warnings in order to trick computer users into purchasing their bogus software.

replicate itself if no action is taken. Click here to have your

Once the user is infected, Antivirus Pro 2009 may also upload additional rogue registry cleaners or system optimizers and privacy guards.

Moreover, Antivirus Pro 2009 may configure itself to launch on every Windows startup. Once it's running, Antivirus Pro 2009 may also hijack the user's Internet Explorer. While the user is surfing the web, he/she will receive a screen stating that there has been insecure Internet activity and that the user is at risk of being attacked by a virus. The user may choose between being redirected to the website unprotected or getting the protection. Whatever the user chooses, he/she will be redirected to a malicious website that sells Antivirus Pro 2009 as a legitimate software. 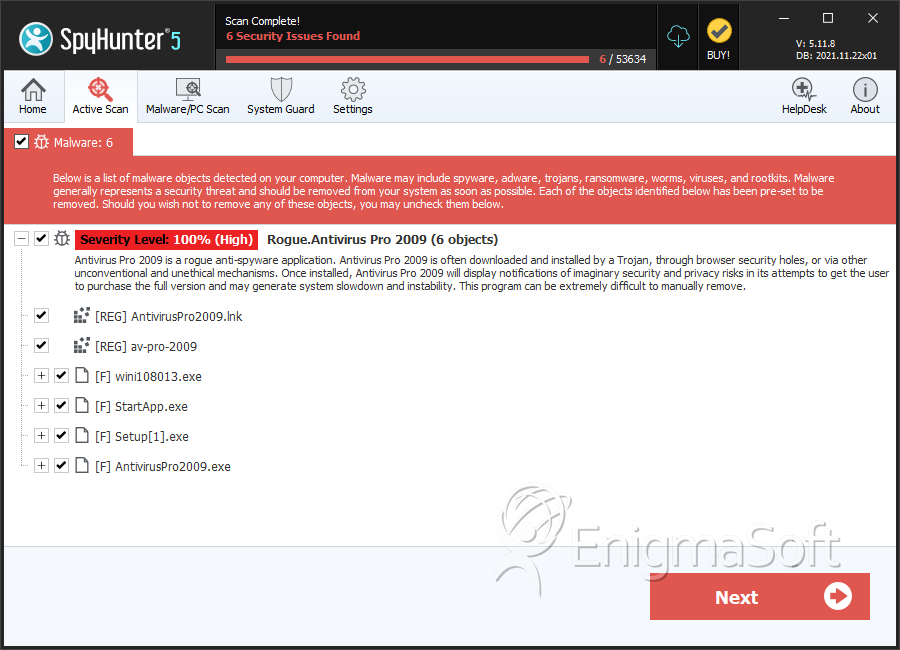