If XP Anti-Virus 2011 has your PC on lockdown, there are two very important things that you need to know:

How an XP Anti-Virus 2011 Infection Begins 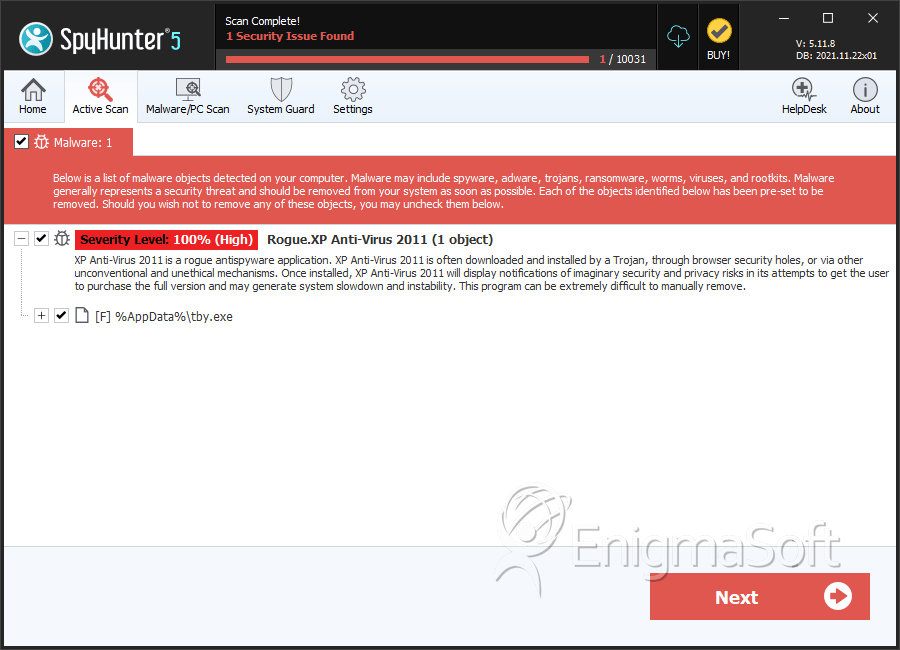 XP Anti-Virus 2011 creates the following file(s):
Expand All | Collapse All