Despite their authentic-sounding names and professional-looking interfaces, rogue security programs such as Internet Antivirus 2011 have absolutely no anti-virus capabilities. These are programs designed to display fake scans, alarming error messages, and to disrupt the infected computer deliberately in an attempt to steal the victim's money. Do not become a victim of Internet Antivirus 2011! Instead, use a legitimate anti-malware application to remove this dangerous invader from your computer system. 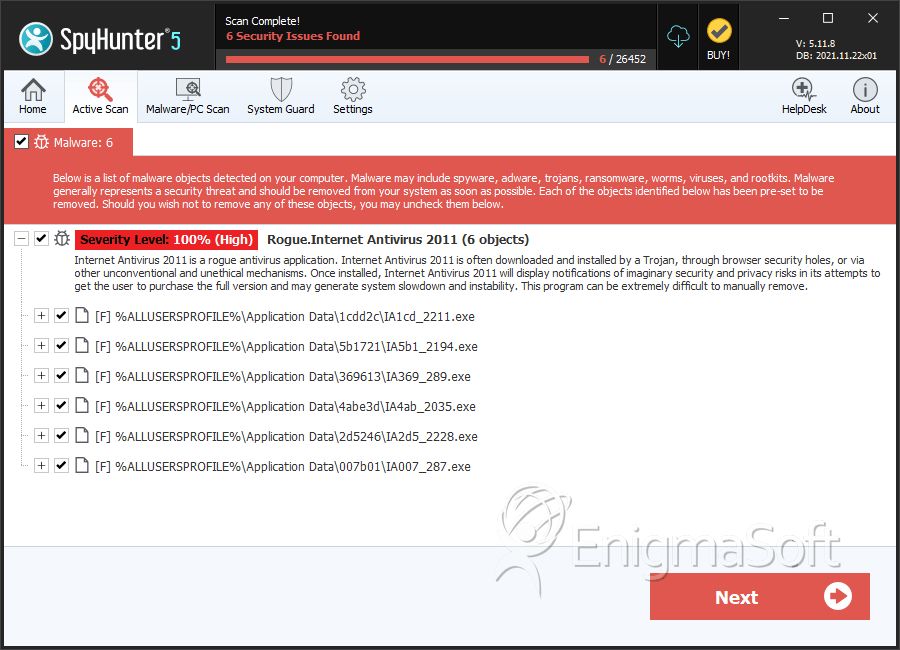 Internet Antivirus 2011 creates the following file(s):
Expand All | Collapse All