Signs that Palladium Pro is on Your Computer

Palladium Pro's Use of Trojans

Most of the time, Palladium Pro relies on a Trojan in order to install itself on a computer, and in particular, Palladium Pro uses the fake Microsoft Security Essentials Alert Malware. This Trojan is capable of creating alerts that appear from the system tray, and which look as if they are coming from Microsoft Security Essentials. The alerts always say that some threat has been found on the computer, and then they offer the "recommended" free trial download of Palladium Pro in order to resolve the problem. A simple button click giving permission to download this malware is all it takes.

Palladium Pro is part of a larger family of rogue anti-virus applications, which can usually be distinguished by the fact that they claim to be Microsoft products, and by the "creepy green eye" logo which people frequently mention. Other members of this malware family include Defense Center, AnVi, Protection Center, ThinkPoint, and of course, Palladium Antivirus. All of these are part of a Russian scam, and Palladium Pro in particular showed up in the middle of January 2011. 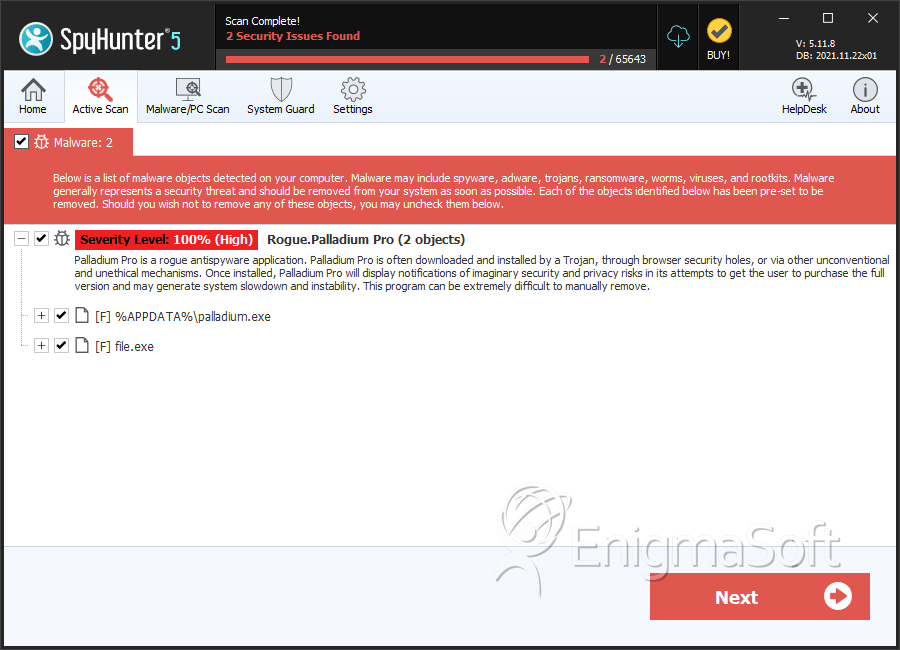 Palladium Pro creates the following file(s):
Expand All | Collapse All