The Windows Antivirus Tool tactic, as well as other rogue security programs in the FakeVimes family, uses the following pattern in order to steal money from inexperienced computer users: 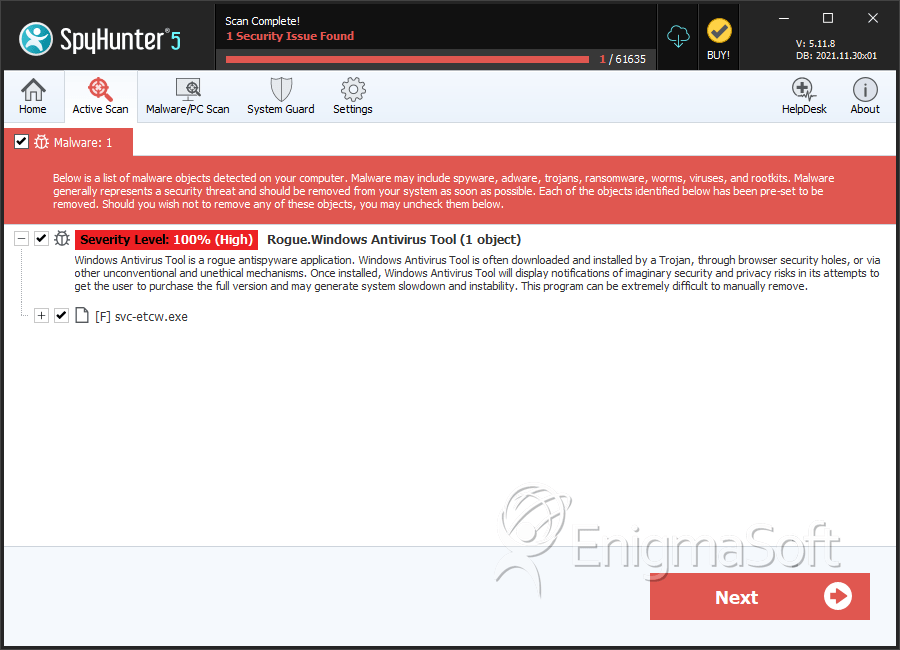