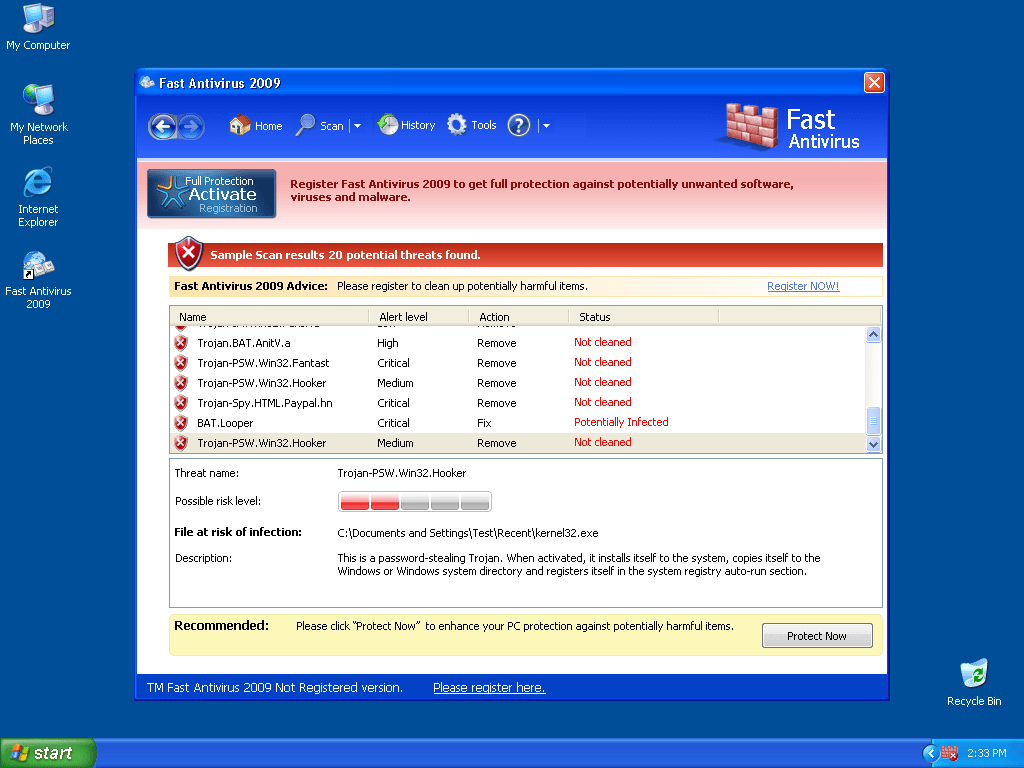 Fast Antivirus 2009 is a clone of Malware Catcher, which is a rogue anti-spyware application. Fast Antivirus 2009 comes from a Trojan infection that is usually downloaded by means of a fake video codec or through security vulnerabilities within your system.

Fast Antivirus 2009 creates the following file(s):
Expand All | Collapse All