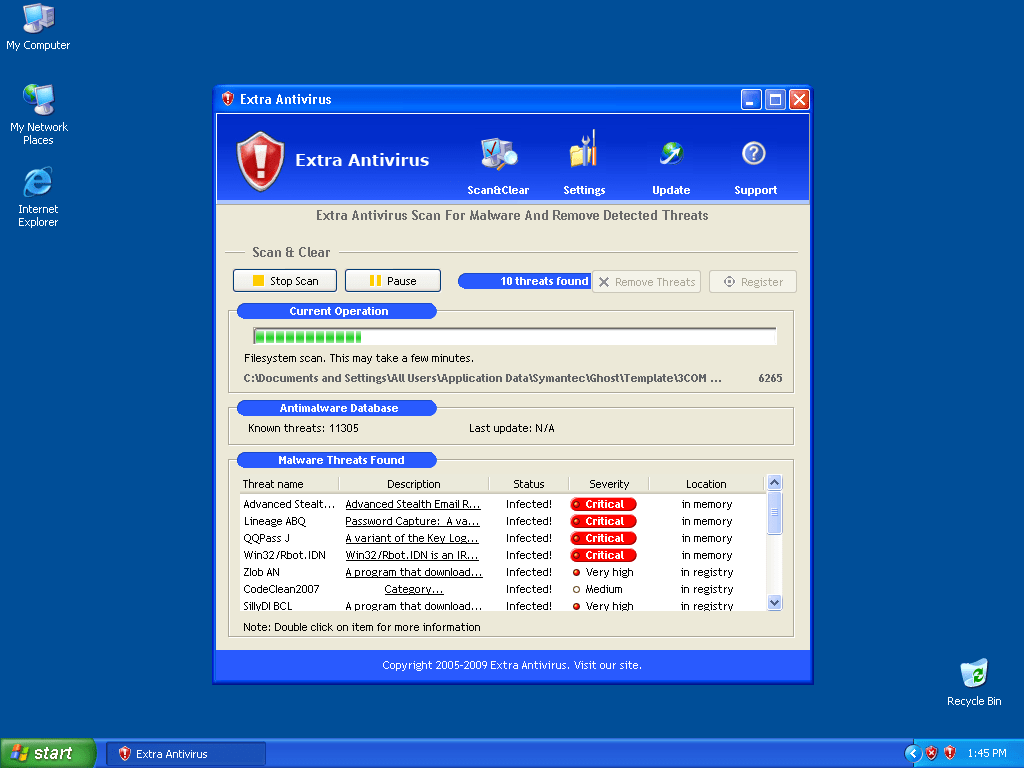 Extra Antivirus is a malicious application that uses scare tactics to convince you to purchase it's full version. Trojans can be blamed for its delivery to the host system; there are also malicious websites that it can be downloaded from such as Onlineprotect-extraantivir.com, a fake online scan that returns false results stating that the user's computer is heavily infected. A repair on the website is offered upon which Extra Antivirus' setup file is downloaded.

On installation, a seemingly comprehensive scan is performed where more fictitious results accompanied by pop-ups are produced to the user and is prompted for Extra Antivirus to remove these fictitious threats after purchase of the full version. This malicious application is not able to deal with infections and is the infection itself. 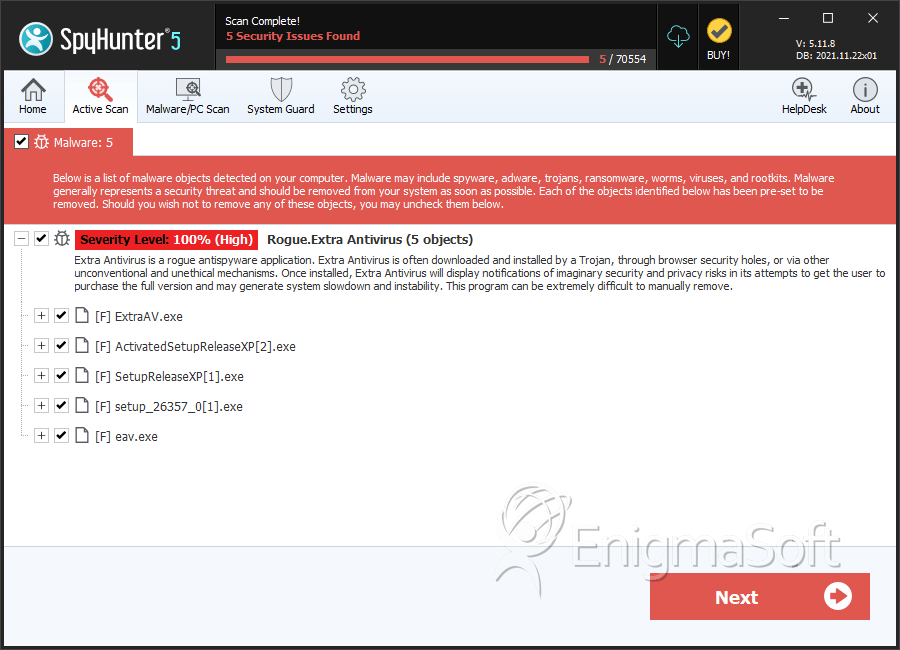 Extra Antivirus creates the following file(s):
Expand All | Collapse All 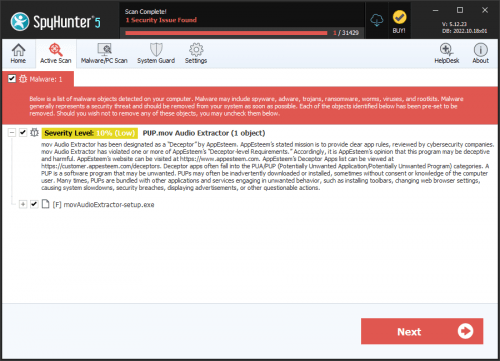 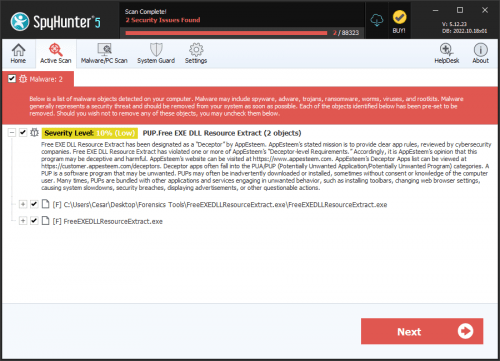 Rogue Websites, Browser Hijackers
July 21, 2022
Despite its name, the Extravideo.live is unlikely to provide any meaningful video content to its visitors. After all, it seems not to be among the priorities of the page. Instead, the site appears...

Rogue Websites
July 19, 2021
At its core, Extranew.xyz is a con website that relies on underhanded tactics, in an attempt to trick people into subscribing to its push notification services. This particular scheme is extremely... 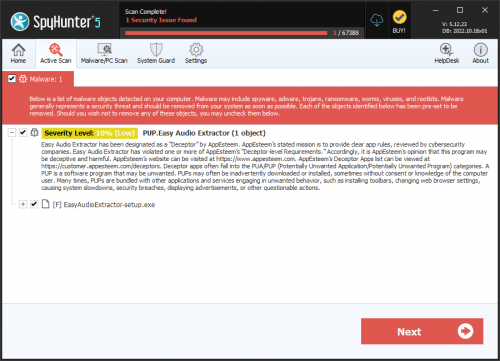 Browser Hijackers
July 17, 2020
The Ndextraincomi.info website is an empty page that may claim to host interesting content in order to trick you into visiting it. However, there is no meaningful content hosted on this website, so...