My Safe PC 2014 should be removed immediately with the help of a real anti-malware program. My Safe PC 2014, as a member of the FakeRean family has many clones that include, among others,Windows Antivirus 2008, Vista Antivirus 2008, Antivirus Pro 2009, AntiSpy Safeguard, ThinkPoint, Spyware Protection 2010, Internet Antivirus 2011, Palladium Pro, XP Anti-Virus 2011, CleanThis, PC Clean Pro, XP Home Security 2012, Windows Clear Problems, XP Security 2012, Antivirus PRO 2015. My Safe PC 2014 has been known to interfere with legitimate security software installed on the infected computer system. Because of this, ESG security researchers advise first starting up the infected computer system in Safe Mode, which will prevent My Safe PC 2014 from starting up automatically during start-up. 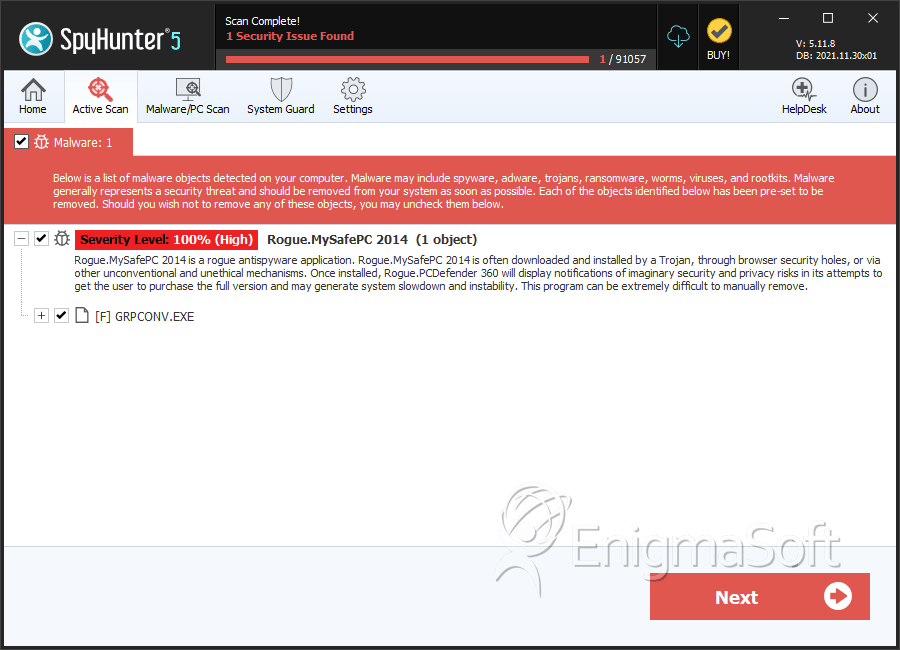 My Safe PC 2014 creates the following file(s):
Expand All | Collapse All

The following messages associated with My Safe PC 2014 were found: