The Help that Should be Avoided

Fake security applications like Windows Antivirus Helper tend to follow the same approach when infecting a computer that may involve the steps listed below: 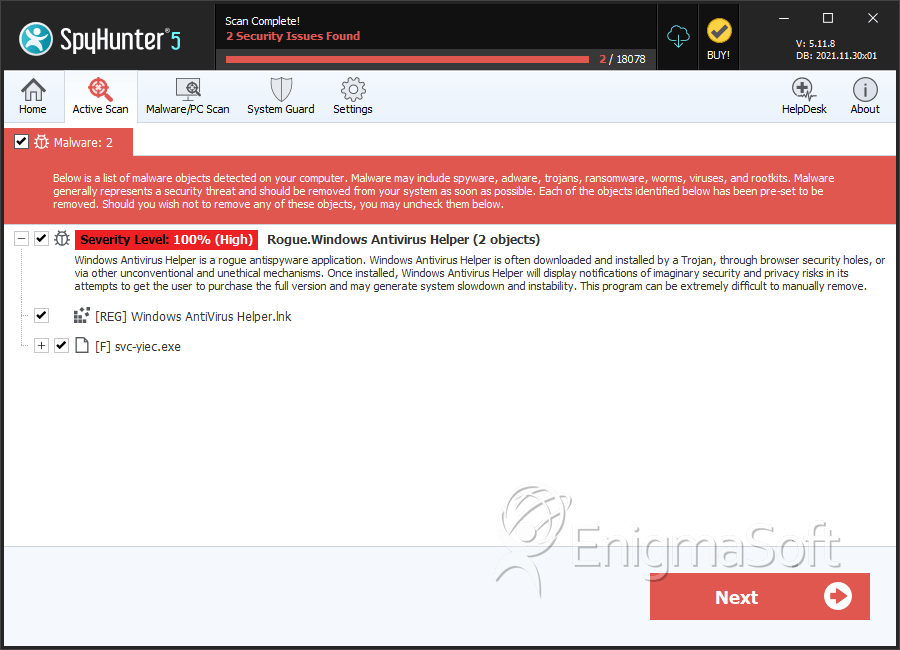