Antivirus Scan is not able to detect or even remove any real malware let alone the malware it claims to detect on the fake pop-ups and scan reports. Antivirus Scan also spreads with the help of associated websites that advertise the rogue as a real security program. If you encounter security notifications from Antivirus Scan, use a legitimate security tool to remove this rogue from your PC. 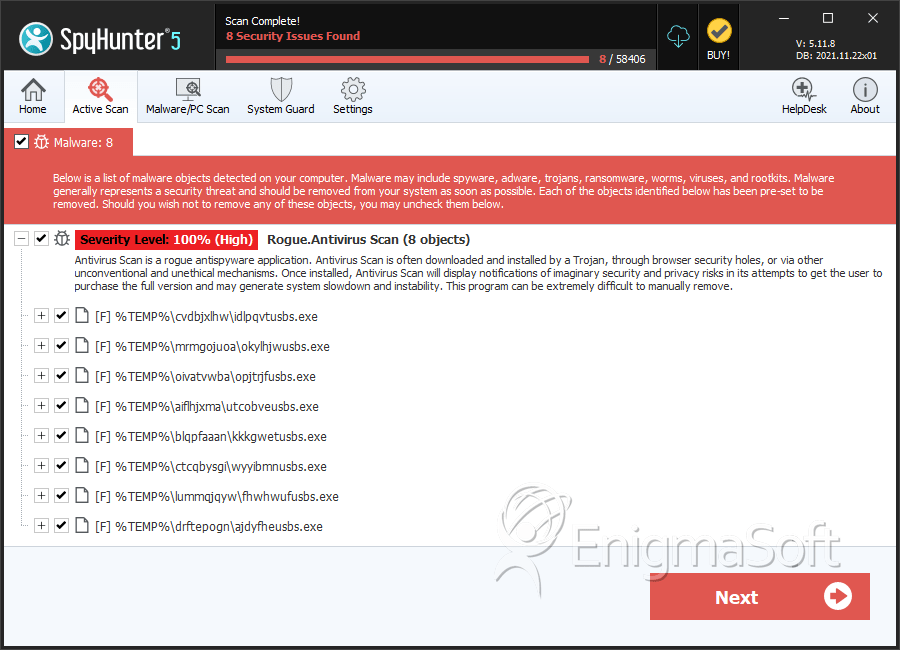 Antivirus Scan creates the following file(s):
Expand All | Collapse All