In order to ensure its own survival, AntiMalware GO can interfere with your use of other programs. AntiMalware GO may prevent Task Manager from running, as well as any real anti-virus software that you might try to use. Furthermore, AntiMalware GO can hijack your web browser so that you are only able to go to its malicious website, or AntiMalware GO may prevent you from being able to access the Internet at all. Unfortunately, it seems to be common in AntiMalware GO infections for the malware to cause Windows to become extremely unstable and to crash constantly. There have been reports of attempts at removing Antialware Go resulting in the dreaded "Blue Screen of Death," and that Windows is subsequently unable to load in its normal mode, and even in Safe Mode. In the most extreme cases, the only recourse may be to start Safe Mode with Command Prompt, because AntiMalware GO can change the way that programs start at bootup in a way that causes the boot process to fail.

How AntiMalware GO Gets into a Computer 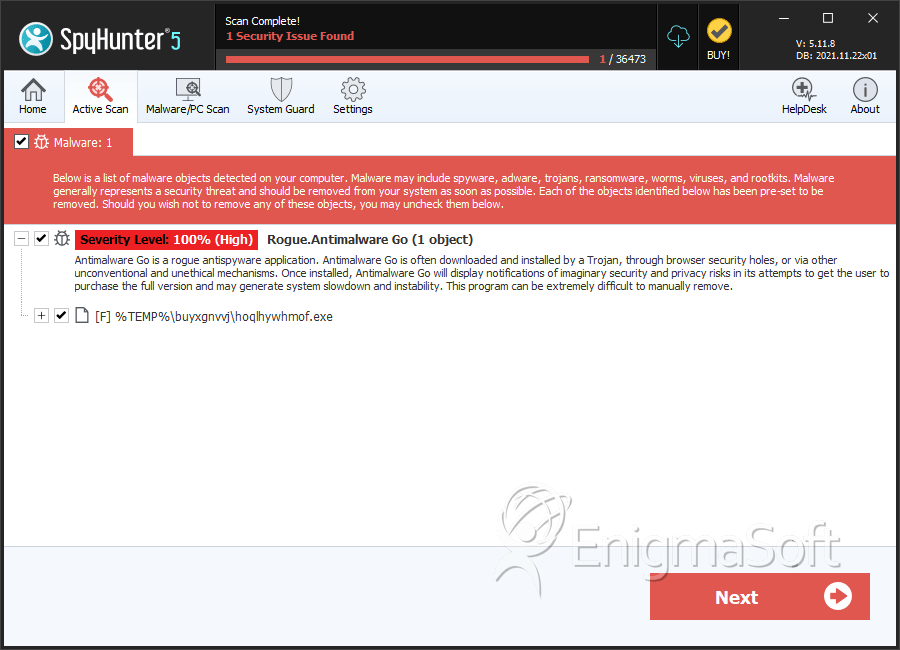 AntiMalware GO creates the following file(s):
Expand All | Collapse All