Windows AntiHazard Helper is part of a large group of malware in the FakeVimes family of rogue anti-virus software. This recent batch was released in 2012 and, while identical to previous versions of FakeVimes rogue anti-virus programs, tends to be bundled with extremely dangerous rootkit components. Most members of the Windows AntiHazard Helper family use file names made up of three random letters, with recent attackers including the prefix "protector-" in their file names. Windows AntiHazard Helper tends to infect a computer system without the victim's authorization. If you are receiving alerts from Windows AntiHazard Helper or have any reason to believe that this bogus security program is installed on your computer, this is a sign of a severe malware infection. Steps should be taken immediately to scan and disinfect your computer with a strong anti-malware tool equipped with anti-rootkit technology and a fully-updated malware database. 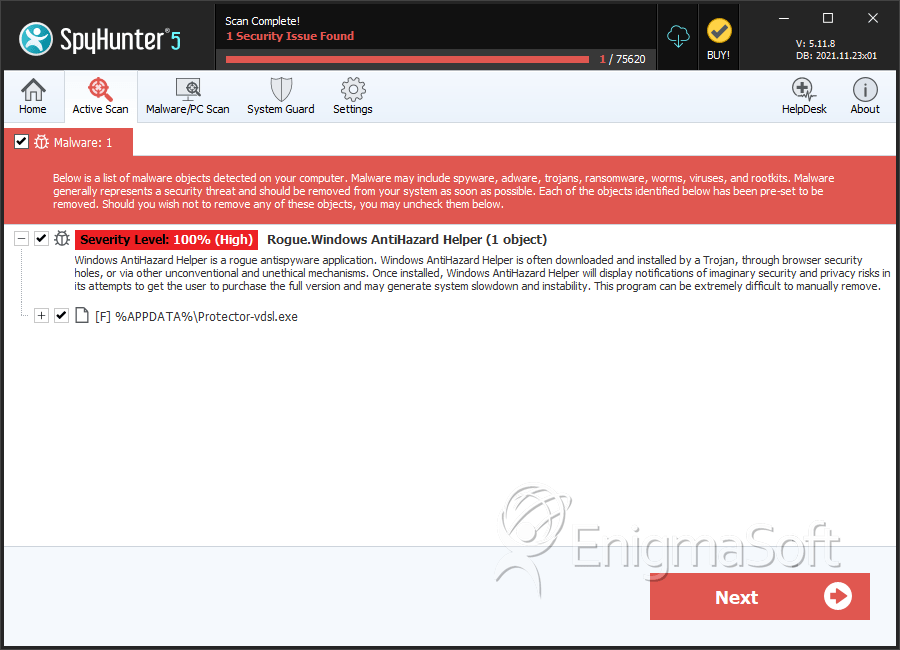