The Deluge of Problems Associated with OpenCloud Antivirus

Rogue security programs like OpenCloud Antivirus operate by warning computer users of fake infections on their computer. These error messages can take various forms, such as pop-up notifications from the Task Bar or security alerts similar to those displayed by native Windows Security applications. These fake error messages, along with a misleading scan of your computer are all part of a scam designed to convince you to pay for a useless "full version" of OpenCloud Antivirus. Some of the fake infections that OpenCloud Antivirus detects include Trojan.VBS.Qhost, Trojan-Downloader.JS.Agent and Trojan-Downloader.JS.Romora. While these are real malware infections, there is a very low chance of these Trojans actually being present on your computer. OpenCloud Antivirus can also cause your computer system to run slowly, crash frequently and behave erratically. Other problems associated with OpenCloud Antivirus include Internet browser redirection, blocked executable files and changes to your system settings. All of these symptoms are characteristic of a large category of malware programs known as rogue security programs, or fake security applications. 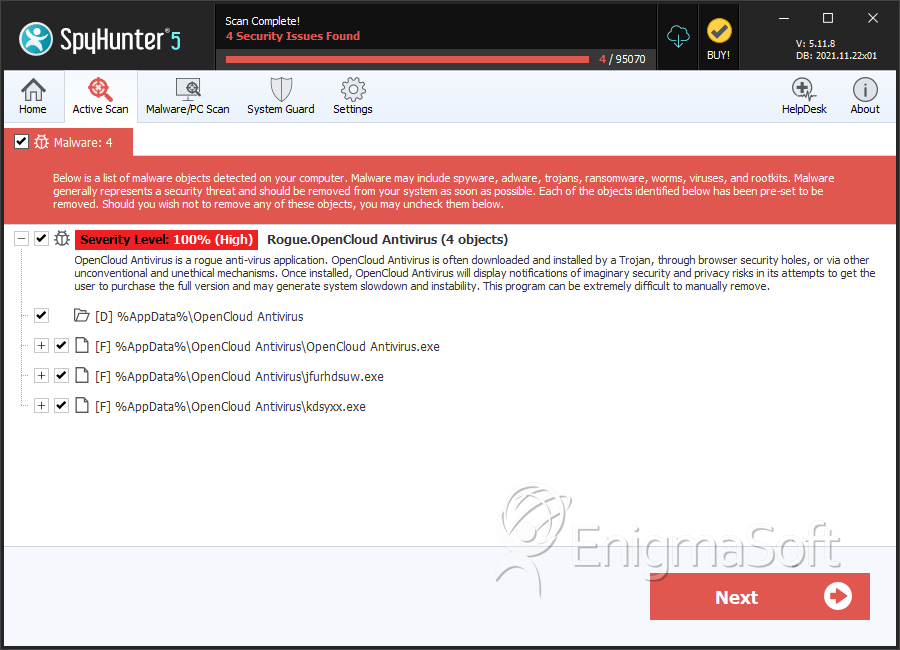 The following messages associated with OpenCloud Antivirus were found: