The NanoLocker Ransomware is a relatively new player on the cryptomalware scene that surprised researchers with advanced spread techniques. The NanoLocker Ransomware is a Trojan that is deployed via traditional spam emails and the Nuclear Exploit Kit. Additionally, the NanoLocker malware is involved in many MiTM (Man-in-The-Middle) attacks across the globe. As you may already know, Ransomware Trojans are used by con artists to encrypt their victim's files of and demand payment in exchange for the decryption of their files. Cryptomalware such as the NanoLocker, CryptoJoker and the CryptoWall are increasingly popular due to their flexibility and irreversible effect on computer systems.

However, you should not trust the con artists behind the NanoLocker Ransomware to fulfill their end of the bargain and need to act preemptively. Malware researchers recommend users to install a backup system that can upload their files on cloud services like the Google Drive and store another backup on a removable drive at your disposal. Installing a renowned anti-malware suite to counter the NanoLocker Ransomware is a must. 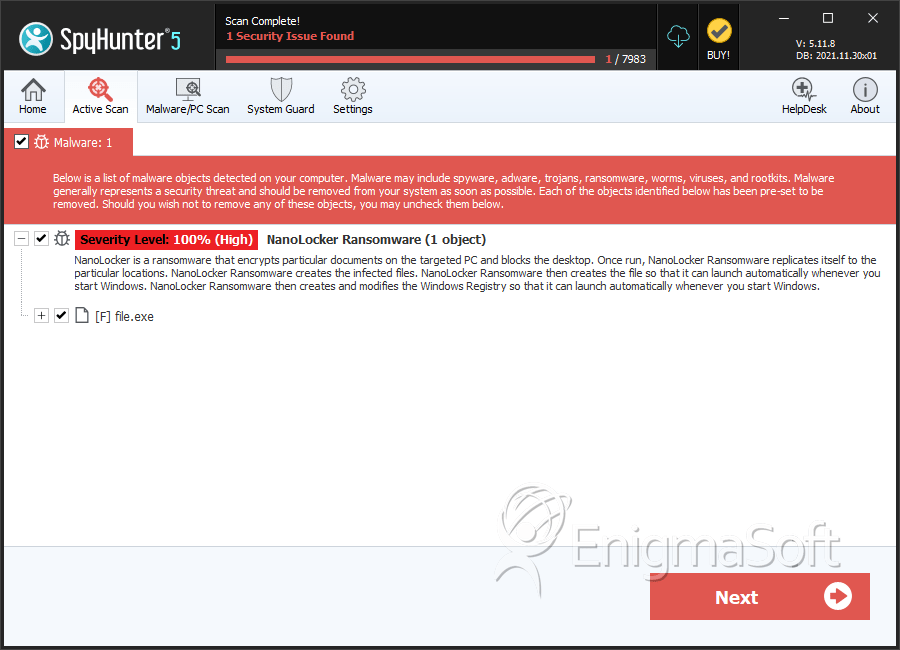 NanoLocker Ransomware creates the following file(s):
Expand All | Collapse All
Your comment is awaiting moderation.
Please verify that you are not a robot.