By ZulaZuza in Fake Error Messages 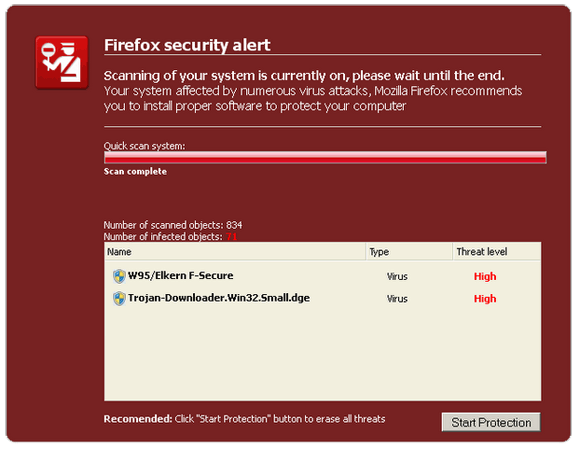 Recognizing the 'Firefox security alert' Message for What It Is

What Makes the 'Firefox security alert' Message Appear on Your Computer?

There are two known causes of the 'Firefox security alert' message. Neither one is related to a genuine security alert about a problem with Firefox. In fact, this kind of error message has been known to occur with the Internet Explorer browser.

You should never download or install software recommended by the 'Firefox security alert' message. These links take you to rogue anti-spyware programs. These kinds of malicious programs mimic legitimate security applications, while attacking your computer at the same time.