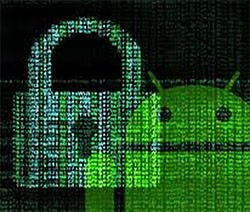 Sometimes instead of using their own hacking tools in various threatening operations, cybercriminals opt to sell them as a service instead. This trend is called malware-as-a-service and is rather popular in the world of cybercrime. This way, even individuals with no technical skills can operate a threat and generate revenue on the backs of innocent users. Recently, malware researchers uncovered a new malware-as-a-service being offered on a hacking forum. This threat is called Cerberus and is believed to have been made in the Russian Federation. Cerberus is an Android-based banking Trojan with impressive abilities to gather important data and avoid malware-debugging software.

Unlike the popular Anubis banking Trojan, the Cerberus banking Trojan is rather cheap, which is likely to make it garner a significant amount of attention immediately. Furthermore, the creator of the Cerberus Trojan makes sure to update the hacking tool on a regular basis, which will make this malware-as-a-service even more attractive to potential buyers.

The Cerberus banking Trojan relies on display phishing overlays when the user attempts to interact with a legitimate banking application primarily. This Trojan also has a keylogger module, which will allow its operators to collect data from the victim, such as usernames and passwords for various accounts. Furthermore, this threat also can collect the contact list of the user.

The underlying code that permits Cerberus to gain access to an infected device starts with the accessibility services of Android devices being modified for certain privileges as shown in the image below. 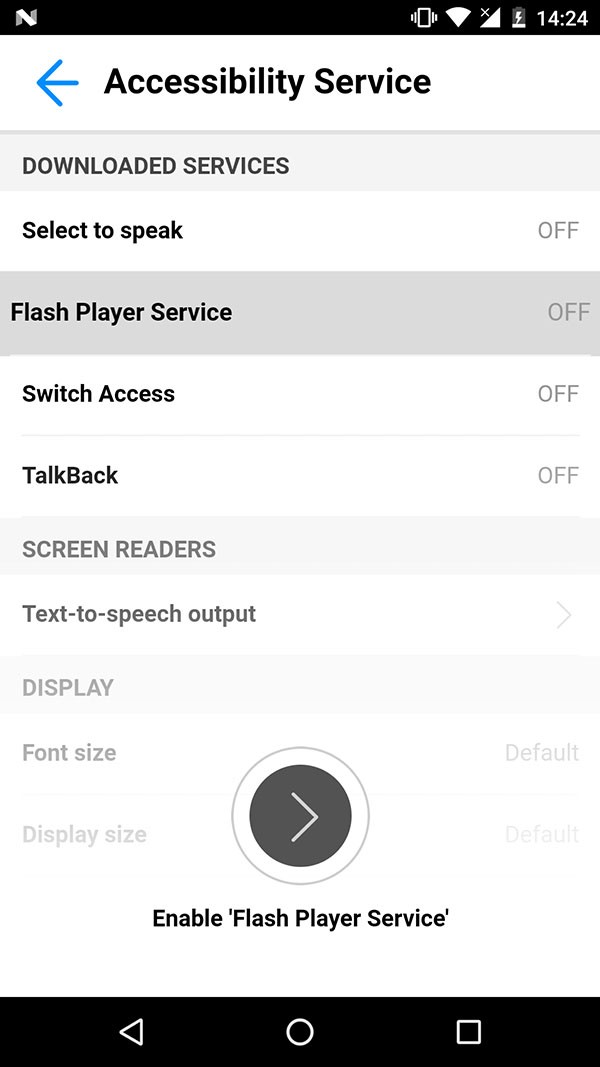 It was uncovered by multiple security researchers that the threat actors behind the Cerberus banking malware have an official twitter account that has been used in the past to promote content and media content to spread the malware. The screenshot below is from their twitter account of a recent advertising campaign. 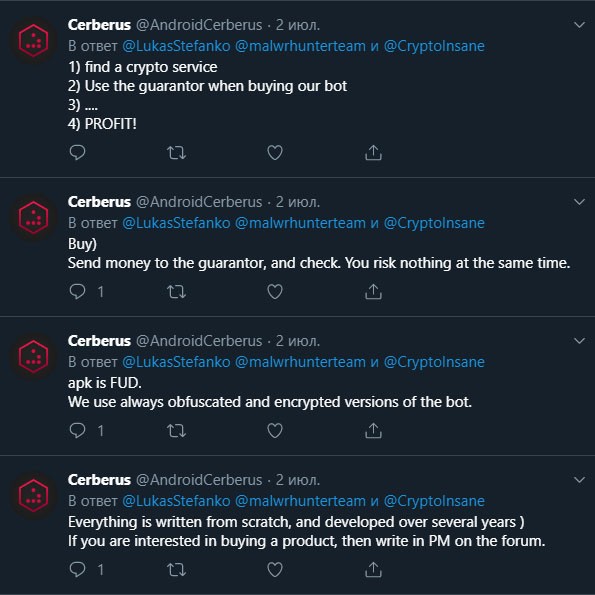 The many clever actions of Cerberus Trojan involve Flash overlays. Such a process involves targeting the user by displaying a Flash overlay that looks like a harmless login screen, such as demonstrated in the image below. Through such an overlay, Cerberus may obtain banking details or credit card information from the user who may not suspect issue as the display form looks legitimate. The sandbox environment may prompt Cerberus to then collect the data and perform its malicious functions. 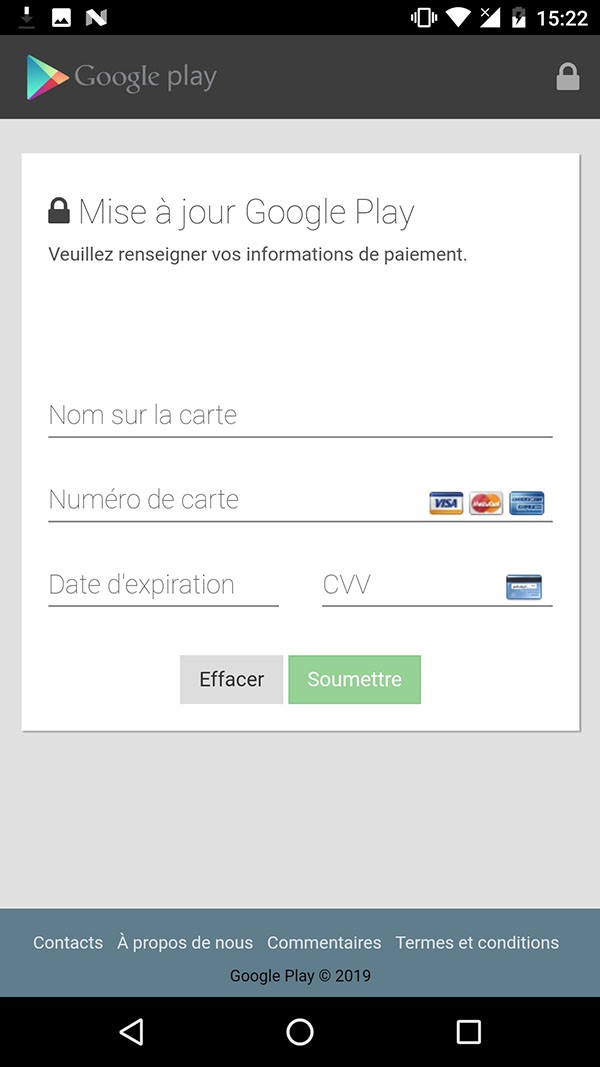 Example of a Flash overlay card form from a Cerberus-infected device - Source: Threatfabric.com

To avoid a potential sandbox environment, the Cerberus banking Trojan uses an interesting technique. This Trojan checks if it is being run on a legitimate device by using one of the sensors that are responsible for counting the user's footsteps - if it stays at zero, the malware will stay dormant. However, if a certain number of footsteps taken are reached, Cerberus will proceed with its harmful activity.

It is likely that many cyber crooks will take an interest in this malware-as-a-service offer, and we may see a surge of attacks involving the Cerberus Trojan in the near future. Android users need to stop underestimating the importance of the security of their devices and make sure to install a legitimate anti-malware application, which will keep their smart devices safe from threats like the Cerberus banking Trojan.

By GoldSparrow in Banking Trojan
Translate To: Português