Strong Malware Defender is one of two fake anti-malware programs released in February of 2012, the other being Home Malware Cleaner. Both of these are essentially the same bogus anti-malware program which belongs to a large family of fake security applications, the WinPC Defender family. According to ESG security researchers, there are thousands of varieties of fake security programs which all are part of the same basic online scam. Basically, these kinds of malware threats attempt to prey on inexperienced computer users by making them believe that their computer system is infested with malware so that they will purchase a fake security program in order to remove it.

Do Not Fall for the Strong Malware Defender Scam! 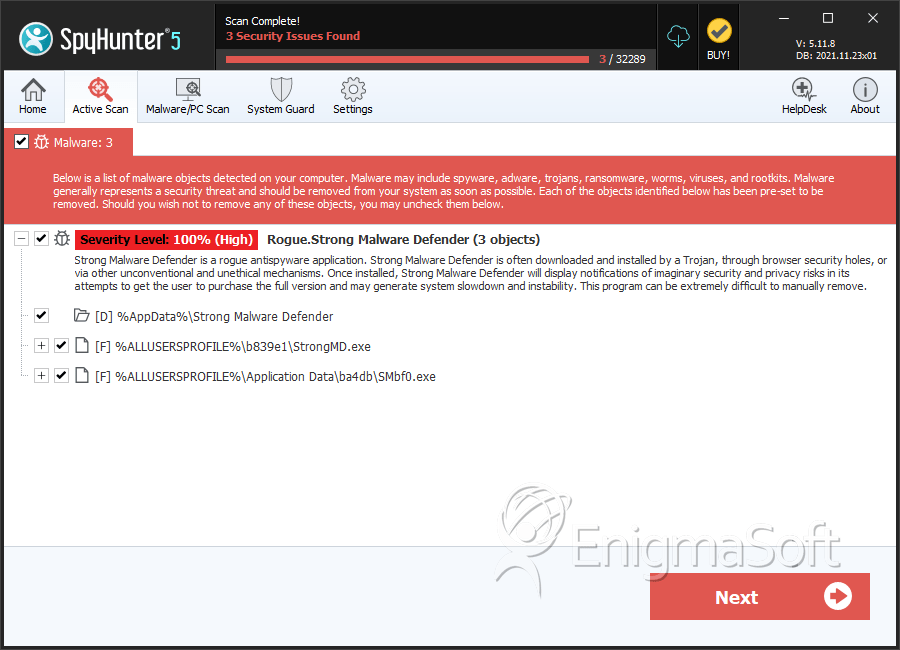