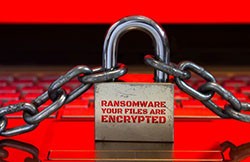 The Lucky Ransomware is a cryptovirus that primarily attacks Linux and Windows servers aiming to encrypt its victims’ access to their data and demands a whopping 1 BTC in exchange for a decryption key. The encryption process affects a multitude of file types, leaving system files aside.

Security researchers first detected Lucky in November 2018, shortly after it had started attacking some companies' servers in the financial sector. Ransomware threats typically use encryption algorithms to make victims' files inaccessible so that they can demand a ransom payment in exchange for renewed access to the affected data. A thorough analysis of Lucky’s code has revealed striking similarities (including a shared C&C server) to a previously detected ransomware known as Satan. Though the latter has since evolved, Lucky is still all about blackmailing, mining, and everything in between. The latest recorded Lucky ransomware infections have all combined encryption with currency mining.

A Variant of Satan Ransomware

The main functions Lucky Ransomware sets out to perform every time it strikes a target are file encryption, propagation, and mining. First, Lucky applies an AES algorithm to get a grip on its victims' files. Second, it exploits a slew of well-known server-side vulnerabilities to propagate itself. Finally, the malware utilizes Satan's proprietary coin mining pool address to store the digital currency it has mined during encryption. Lucky's overall architecture is a very close match of Satan’s. It includes several components, like a tiny file named "fast.exe/ft32" that pre-loads the propagation and all cryptographic modules. Then, the malware deploys an encryption module named "cpt.exe/cry32" which encrypts the files, while a propagation module "conn.exe/conn32" spreads the malware after exploiting the corresponding system vulnerabilities. Finally, a mining module named "mn32.exe/mn32 establishes a connection to the mine pool address, and a service module called "srv.exe" makes for smooth task execution by creating a dedicated Windows or Linux background service.

Ever since the first reported instances of Lucky ransomware infections in China and Japan came to light, the crooks associated with Lucky have set their eyes on increasing the number of potential victims. In addition to relying on conventional infection vectors such as spam and malvertising, the Lucky Ransomware has also taken advantage of unprotected RDP connections. It has also often found itself bundled with all sorts of software or disguised as fake updates.

Besides the infection paths mentioned above, Lucky has found quite a few ways to reach a targeted system. On the one hand, it has a worm-like design that allows it to spread on its own and without any human interaction. On the other hand, Lucky has reportedly taken advantage of many officially discovered security vulnerabilities, including, but not limited to:

Overall, the Lucky Ransomware imposes a reasonably high risk of infection because all of these vulnerabilities are easy to exploit, and actual exploit kits are publicly available on the Internet. As a result, threat actors are free to attack vulnerable systems without actually having to customize the malware script at all. Organizations that have yet to patch their systems are at a greater risk now, as some of the exploited vulnerabilities showed up on the Web several months ago.

User-generated Files Are the Main Target for Encryption

In order to encrypt files, the malware traverses the folder and finds the targeted files through their specific extensions. The ransomware skips system files as they are needed for the normal functioning of the infected machine, while files targeted for encryption by Lucky include all kinds of user-generated files like numerous media file types, documents, databases and others:

Once encryption has completed, all of the victims’ files are renamed with one of the following patterns:

Malware actors indulging in ransomware attacks feel entitled to demand a ransom payment from their victims, and those associated with Lucky make no exception, either. Once encryption has completed, Lucky draws up a text file named "_How_To_Decrypt_My_File_.txt" and places it on the user’s desktop. The note is quite succinct and reads as follows:

'I am sorry to tell you.

Some files has crypted

if you want your files back , send 1 bitcoin to my wallet

Protecting Your Data from Threats Like the Lucky Ransomware

The best protection against threats like the Lucky Ransomware is to have backup copies of your files, both on external hard drives and in a cloud-based environment. Moreover, you should have a robust security program with real-time protection features. While such a piece of software will not wave a magic wand to undo an already completed encryption process, it will prevent the Lucky Ransomware from infecting your machine in the first place. Since ransomware attacks often take advantage of poorly protected networks and out-of-date software and operating systems, keeping the latter up-to-date should always be a matter of the utmost importance.

Hello, Great information. However, I have thousands of files encryptied. How does someone remove it now from the files the virus has attached itself too? or should we just delete all the locks files and accept the loss

All is not lost if you have a backup or if you seek support - even if the backup is not recent. Some of the files that Lucky Ransomware may have encrypted may be able to be restored from a backup, provided that you have utilized an antimalware tool to remove the Lucky Ransomware threat first. Removal of Lucky Ransomware is the first essential step. Then, you may proceed to asses which files may be encrypted. Also, SpyHunter does provide a Spyware HelpDesk support system that can virtually connect you to the EnigmaSoft team for assisting with further issues that may plague your computer from Lucky Ransomware.

Adware, Rogue Websites
June 13, 2022
The Best-Lucky-Cat.xyz website is designed specifically to run various tactics in an attempt to take advantage of its visitors. It also should be noted that users are highly unlikely to open the...

Adware
October 20, 2021
Luckyguys.xyz is a deceptive site that relies on misleading messages to trick visitors into subscribing to its push notification services. The goal is to abuse its newly-received browser...

Adware, Browser Hijackers, Malicious Websites
December 29, 2021
Lucky-media.ru is yet another push notification-based website offering nothing else but suspicious pop-ups with no concrete origins. If you find yourself landing on Lucky-media’s webpage, chances...

Browser Hijackers, Rogue Websites
December 14, 2021
Despite its name, Luckydatingspot.top doesn't have anything to do with dating. In fact, its sole purpose for even existing is to deliver dubious content to all of its visitors. It also performs a...

Browser Hijackers
August 31, 2020
Luckypushwinner.com is another misleading website that wants to bombard users with unwanted advertisements to generate revenue for its creators. First, however, it must acquire the needed browser...