The Dot Ransomware Infection and Its Consequences

People that want to use the Dot Ransomware can register on the page of the RaaS, which can be found on the TOR Network. This website is surprisingly sophisticated, with a well-designed interface that could belong to any legitimate business. Using a threat builder, called Dot Builder, con artists can create their own versions of the Dot Ransomware to carry out their attacks. PC security researchers have obtained a copy of the builder used to create variants of the Dot Ransomware. It seems that it is very similar to other ransomware builders that have been released in the last year. The Dot Ransomware's builder is similar to the builder of Atom Ransomware especially, and it is possible that the team responsible for one could have been involved in the other (although there is not specific evidence to point to a direct connection between both threats). It is not uncommon for threat creators to recycle large portions of code from one ransomware Trojan to another, resulting in an environment where most ransomware Trojans are related in some way through their code.

How the Dot Ransomware Attack Works

Browser Hijackers, Rogue Websites
March 25, 2022
The Dotchaudou.com website exists for the sole reason of presenting its visitors with a popular browser-based tactic. As part of its deceitful actions, the site may display various false,... 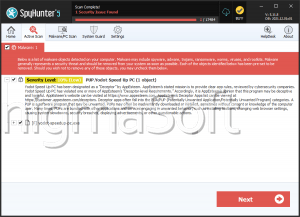 Ransomware
May 21, 2019
Malware experts came across a new piece of ransomware and named it Dotmap Ransomware recently. When they studied this file-locking Trojan, it became clear that this is yet another ransomware threat... 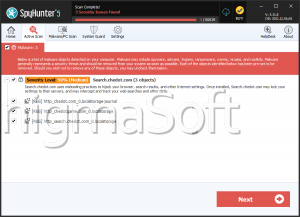