Win32_Delf.QCZ is a devious and chatty Trojan that knows how to make its way around the friendly Facebook platform. Trojan_Win32Delf.QCZ uses an old trick to lure PC users; it pretends to be a codec component to view a video supposedly containing the victim's likeness. However, what makes Trojan_Win32_Delf.QCZ most interesting is Win32_Delf.QCZ's ability to engage victims into a dialogue, as opposed to just posting a one-liner and poisonous link.

If you look at the samples collected below, it is obvious that cybercriminals are enjoying the gullibility offered by social networks and are putting their social engineering skills to good use.

Cybercriminals exploit any and everything, including software, hardware and human behavior and often hack or spoof accounts, so victims or recipients will fall trap and trust the lies.

The poisonous link routes to a rogue YouTube webpage and, in order to watch the video, you'll need to upgrade your Adobe Flash Player. Of course, this is a trap and the update is fake. To add to the deception, there are validating comments from other friends. Here are a few examples:

Friend2 (aka virus): He must have been shamed to do that
Friend3 (aka virus): had to update Flash Player, but it was worth it this video is the very best!
Friend4 (aka virus): one word for it – TERRIBLE!!

Another interesting twist deals with the payload of Trojan_Win32_Delf.QCZ. Trojans are known to drive or simulate a security breach in hopes of tricking a PC user into buying a useless anti-virus program. However, Trojan_Win32_Delf.QCZ looks for and impersonates a particular anti-virus or security program already in place. Why? This most likely is a distraction ploy, so that the victim will not suspect other malicious behaviors such as these:

ESG Security researchers tested the malicious behavior of Win32_Delf.QCZ and have noticed the plantation and installation of a mining application called Bitcoin, indicating the builder (malware maker or hacker) is up to more malicious activity. In a nutshell, Bitcoins are a decentralized, P2P virtual currency and are mainly used underground to buy all sorts of things, legal or illegal, without government interference. Bitcoins can be bought, traded or generated through CPU usage, which means at a minimum, your system resources will be secretly used to generate Bitcoins.

If the victim doesn't restart their system in a specific window of time, automatic boot will occur.
Not all malware announces its arrival, but there usually are subtle hints of an evasion such as these:

At the first hint of an infestation, you really need to act fast. Use aggressive methods to search for and remove all malware off your PC. To catch viruses fortified by a rootkit, you need to use a stealth anti-malware containing an anti-rootkit component. Don't waste time on useless anti-virus or anti-spyware programs that are incapable of searching your system's kernel and safely remove ALL types of malware or ones that do not update definitions around the clock. Some Trojans may mutate often, to oppose combative measures taken by the Internet security community and this could leave you experiencing deja vu each and every time your computer boots up. 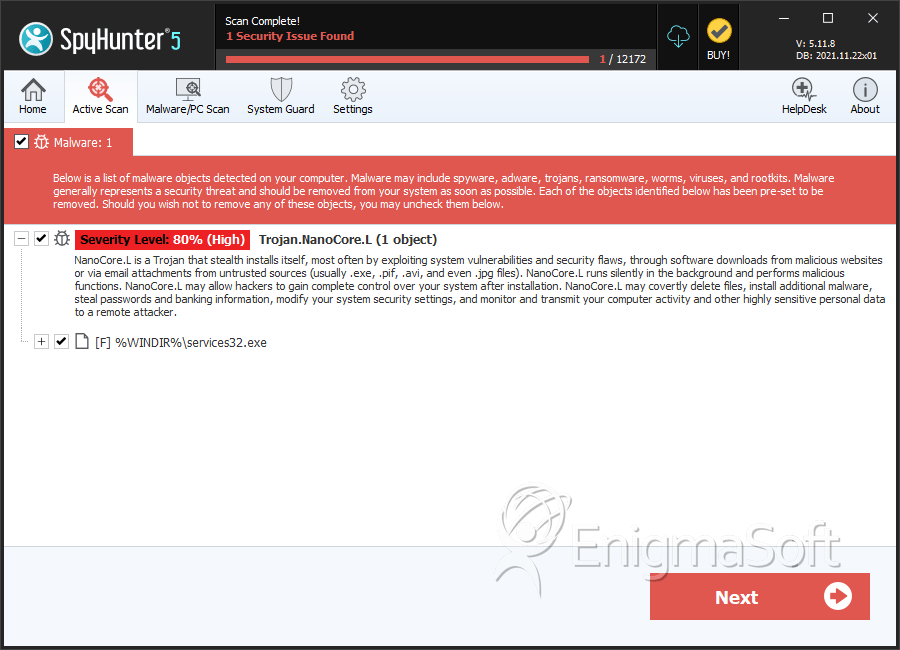 Win32/Delf.QCZ creates the following file(s):
Expand All | Collapse All

By ZulaZuza in Malware
Threat Scorecard