ACAD/Medre.A is a worm that is highly effective at what ACAD/Medre.A does: steal AutoCAD drawings. AutoCAD is a program that is essential for engineers and architects and is widely used to draw blueprints and other important documents. The ACAD/Medre.A worm has a very specific line of attack and is designed to steal these often highly-sensitive files. The ACAD/Medre.A worm can also be harmful for computer users with no relationship to AutoCAD since ACAD/Medre.A also has the ability to steal email information. Basically, the ACAD/Medre.A worm has a virus-like capability to infect AutoCAD files in order to spread itself from one computer to another (ensuring that its victims will have some relationship with AutoCAD). ESG security researchers strongly advise to be on the alert for attacks similar to the ACAD/Medre.A worm if you use AutoCAD. Although this is certainly a very specific niche, it can be highly profitable for criminals due to its potential for industrial espionage.

ACAD/Medre.A Disguises Itself as an AutoCAD File in Order to Steal Data

The ACAD/Medre.A worm is very good at what ACAD/Medre.A does and can rapidly spread throughout a computer system or network. Basically, ACAD/Medre.A carries out its attack using the following tactics:

Most of the time, the initial ACAD/Medre.A infection will come from a malicious email attachment. Because of this, ESG security researchers strongly advise scanning all AutoCAD files received via email with an updated anti-malware program before they can infiltrate your computer system. While people that do not use AutoCAD will not be affected greatly by ACAD/Medre.A, industry professionals that rely on this program should consider ACAD/Medre.A a significant threat. 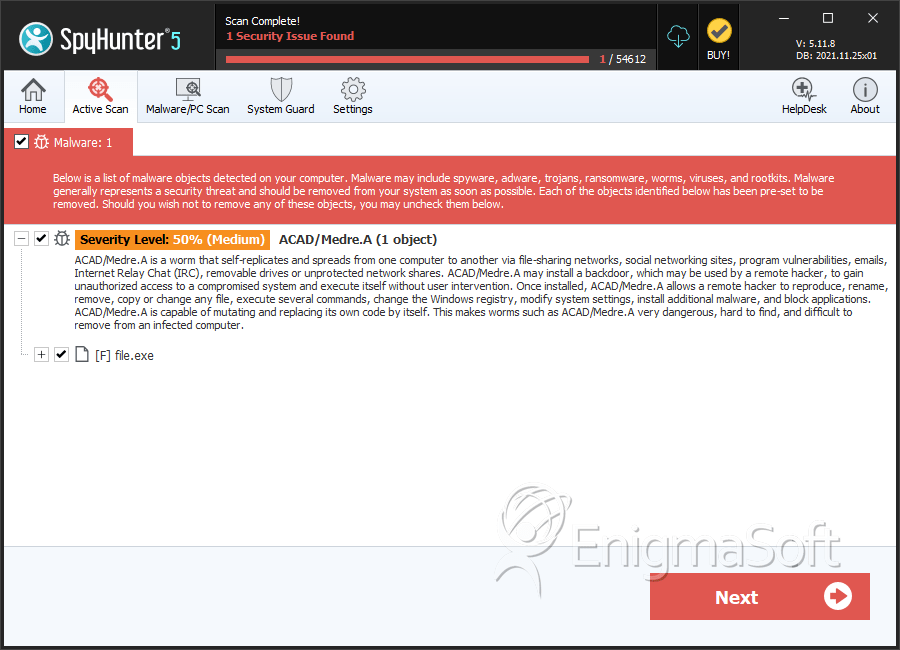 By LoneStar in Worms