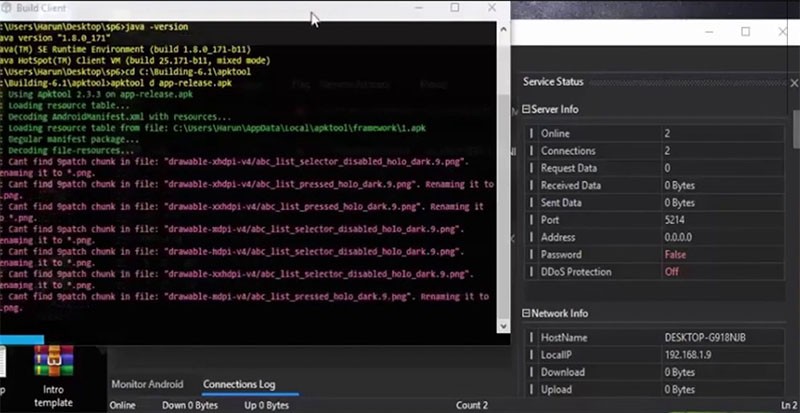 Remote Access Trojans (RATs) for Android devices may pack a lot of features that enable their authors with the ability to carry out a broad range of unsafe operations on the infected device. One of the more popular Android RAT projects is SpyNote, and its full source code can be found on many hacking forums. One of the scary things about the SpyNote RAT is that it is absolutely free to use so that anyone can start distributing their unique version of it. Furthermore, criminals who are experienced with programming can write additional modules to extend the SpyNote RAT's features.

SpyNote’s Source Code is Available to all Cybercriminals

Apart from the GitHub page hosting SpyNote RAT's full source code, ads for this hacking tool can be found on many other hacking forums too. Some of the notable features that the SpyNote RAT has allowed it to execute the following tasks:

SpyNote was Masked as a Fake Netflix Application Previously

One of the largest propagation campaigns involving the SpyNote RAT was carried out with the use of fake copies of popular software. The most notable example was a bogus 'Netflix' application that was hosted on unofficial application stores and 3rd-party application hosting services. The program might have been promoted by promising users that they will be able to use Netflix's services without a subscription, therefore making it more likely that they will opt to download the fake variant.

It is recommended never to download Android applications from unknown sources if they claim to offer features that are too good to be true, especially. Furthermore, it is advisable to use a reputable Android security engine that will scan incoming files for harmful traits, and eliminate them before they get a chance to cause trouble.