Malware Infections Doubled Over the First Holiday Shopping Weekend of 2016 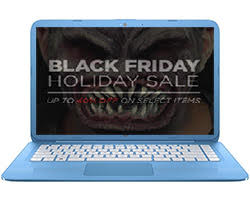 Malware infections spiked 106% from Black Friday through Cyber Monday, 2016, according to data released today by ESG, makers of the SpyHunter anti-malware program. ESG believes this spike is the result of massive online activity from holiday shoppers combined with increased efforts by malware makers to take advantage of unsuspecting consumers.

ESG analyzed malware detections data from SpyHunter in the month leading up to Thanksgiving weekend, and compared that to the number of infections detected from Black Friday through Cyber Monday, typically the start of the holiday shopping season. ESG found that infections in the U.S. jumped 106% over those four days, with Cyber Monday having the most infections, 118% above normal. 2016's spike of 106% was higher than 2015's spike, which was 84%. The spike in 2014 was 42%.

"We believe the dramatic jump in malware infections is because of two main reasons," said ESG spokesperson Ryan Gerding. "First, any time there is a dramatic increase in online activity, we see an increase in infections, simply because there are more people doing more things online. Second, we know that malware makers take advantage of the holiday shopping season to prey on shoppers."

"These cybercrooks know that people are looking for good deals, and are most likely in a hurry when checking emails and doing Google searches," Gerding says. "And the malware infections they are creating are more diabolical than ever."

Malware infections today are far more than the simple nuisances of that past that slowed down your computer. Some of the more common infections today can steal personal information, access your contacts and important files, and in some cases literally hold your computer hostage until you pay a ransom to unlock it. In fact, the percentage of overall malware infections made up of "ransomware" has doubled from 2015 to today.

Click here to see chart showing the major US cities with the highest spike in malware infections over the four day holiday weekend. Kansas City, Missouri is at the top of the list with a four-day infection spike of 271.05%. Following Kansas City were Salt Lake City, San Francisco, and Raleigh, North Carolina.

One trend that ESG noticed beginning in 2015 has continued through 2016—infections started spiking earlier in the holiday weekend. Many years ago, infections didn't begin their spike until Cyber Monday or afterward. But as the data show, there was already a lot of online activity on Black Friday. Consumers weren't waiting until Cyber Monday to take advantage of deals.

The experts at ESG warn that the risk of malware infections doesn't stop at Cyber Monday. Crooks will be taking advantage of online shoppers through the holiday season. In fact, in 2015, the busiest day for infections wasn't Cyber Monday, it was two weeks later. So it's important for shoppers to remain vigilant.