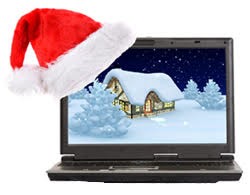 As millions of Americans prepare to spend billions of dollars in online holiday shopping, malware makers are gearing up for a big couple months as well. November and December are typically very busy months for malware infections on computers, and an increase in online holiday shopping is most likely to blame. The National Retail Federation estimates that online holiday sales are going to increase between 7-10% over last year to as much as $117 billion. Every online click is an opportunity for cybercrooks to get harmful programs installed on your computer.

ESG reports that malware infections spiked 84% during the 2015 holiday shopping season... a dramatic jump from the 42% spike in 2014. ESG analyzed malware detections data from SpyHunter throughout the US. ESG believes there is no sign that the infections will slow down in 2016.

"The holiday shopping season is one of the busiest times of year for the cybercrooks who spread malware," said ESG spokesperson Ryan Gerding. "They know lots of people will be online looking for deals and tracking their purchases, and that makes those people vulnerable."

"These cybercrooks know that people are looking for good deals, and are most likely in a hurry when checking emails and doing Google searches," Gerding says. "And the infections they are creating are more diabolical than ever."

Malware infections today are far more than the simple nuisances of that past that slowed down your computer. Some of the more common infections today can steal personal information, access your contacts and important files, and in some cases literally hold your computer hostage until you pay a ransom to unlock it. In fact, the percentage of overall infections made up of "ransomware" has doubled from 2015 to today.

Tips to Help Protect Against Malware During the Holiday Season

In addition to analyzing national data trends, ESG also looked at the malware infections in the 50 largest U.S. cities over the 2015 holiday shopping season. Below is a list of the cities that saw the biggest spike in infections from Thanksgiving to Christmas in 2015.