Why Third Parties may Want to Acquire the KeyBase Keylogger

How the KeyBase Keylogger may be Distributed

Most KeyBase Keylogger attacks may be distributed using mass email programs. These applications that may rely on botnets may be designed to deliver large quantities of corrupted email messages. These may be spam email messages or phishing emails that are more specifically designed to trick specific targets. The attack strategy is not difficult to understand, and may use the following strategies: 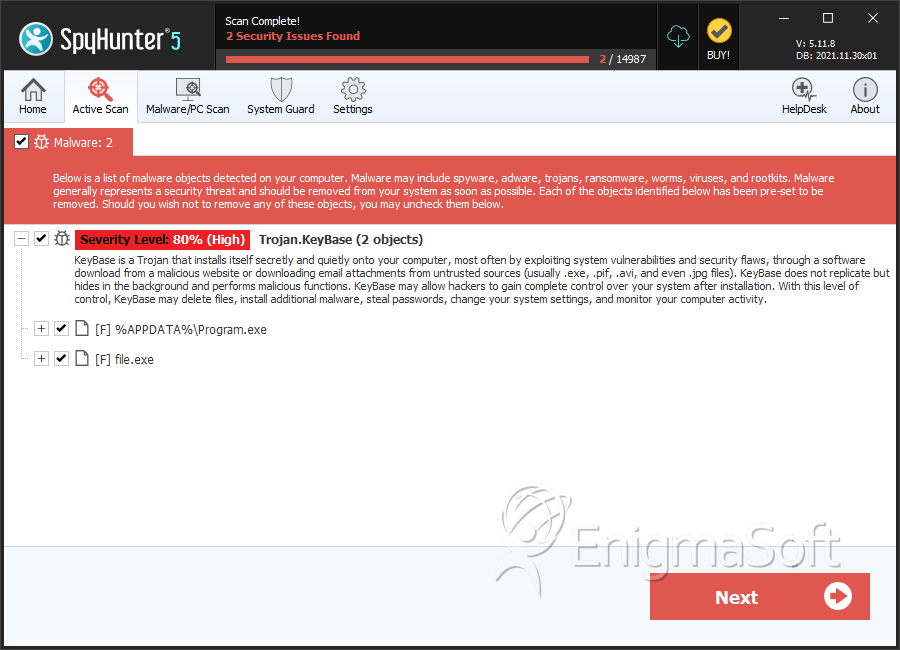 KeyBase Keylogger creates the following file(s):
Expand All | Collapse All

KeyBase Keylogger creates the following registry entry or registry entries:
Regexp file mask
%APPDATA%\program.exe
Your comment is awaiting moderation.
Please verify that you are not a robot.