By GoldSparrow in Stealers
Translate To:
English
English Português

Unlike other Trojans, the most popular way in which Infostealer.Gampass is distributed through gaming-related avenues, especially forum posts and file sharing networks. File sharing websites are already rife with threats and suspicious files. In many cases, cracks, mods and other components distributed on file sharing networks are Trojans such as Infostealer.Gampass designed to take over the victim's account and collect their login information. These types of files may also be downloaded through game forums. Spammers may spam the comments on these forums, claiming that they can solve various problems or help computer users to have greater success in the targeted game through a download offered in the spam comments. This has meant that Infostealer.Gampass distribution tactics are rather advanced, designed to target the users of one particular game specifically.

Although Infostealer.Gampass variants target specific games, reputable security software may detect the different Infostealer.Gampass variants since they use typical methods such as logging computer user's keystrokes or taking screenshots on the affected computer. The main goal of Infostealer.Gampass attacks is to collect gaming accounts and to obtain in-game items and currency. In many cases, computer users will not realize they have been attacked until they cannot log into their gaming account or realize that their account has been stripped of achievements, items and currency. Fortunately, computer users can protect themselves by using a strong security application to protect their computer at all times. 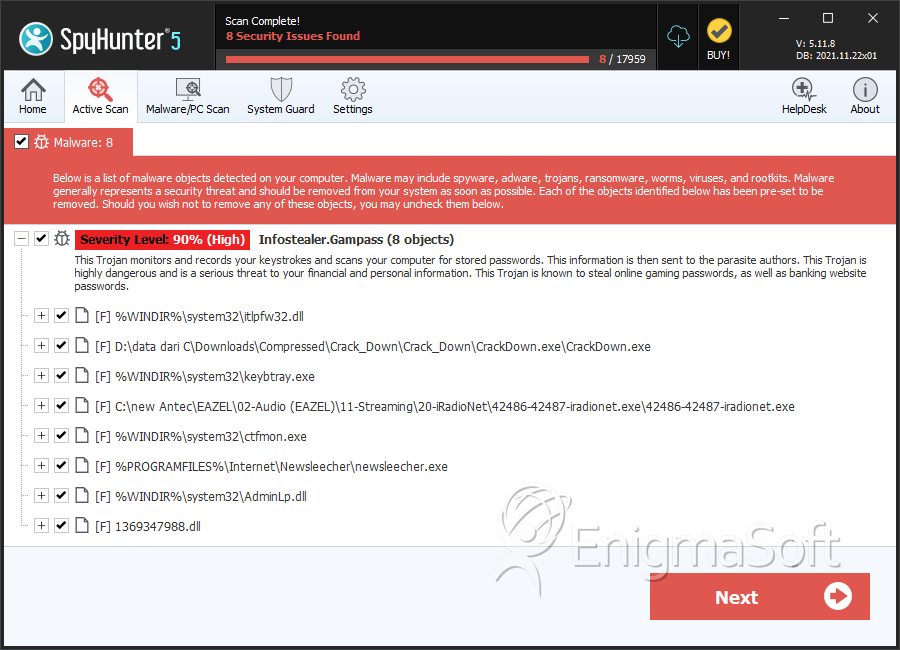 Infostealer.Gampass creates the following file(s):
Expand All | Collapse All

hello, how can i solve this problem with this page showing? eye