Does the U.S. Need a Global Alliance to Fend Off Russian Cyberattacks? 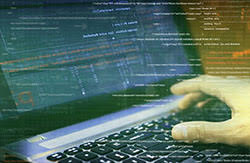 In today's culture, there's the looming idea that more needs to be done to prevent future cyberattacks appears to be a growing thought not only in the back of government minds but for the general public.

Ever since the idea of Russian interference during the 2016 presidential election cycle, cybersecurity protection from foreign entities has been at the forefront of many conversations of cybersecurity departments and the U.S. Department of Justice who indicted several Russian intelligence operatives for hacking activities.

The idea of disrupting western powers at the hands of Russian operatives is a continued subject among many. In fact, the indictments of Russian operatives have furthered the talks to implement a global alliance to fend off cyberattacks, many of which may come from Russia. An attempted attack on the Organization for the Prohibition of Chemical Weapons was one of many cases of further investigations as to if such threat attacks warrant an alliance to end or at least slow cyberattacks.

Global efforts to thwart cyberattacks could be the best efforts

A global alliance would be necessary to group the efforts of many countries in a war against cyberattacks, which could ultimately undermine weak infrastructures that hackers target. Such infrastructures could be those belonging to power plant facilities, power grids, massive networks that are essential for healthcare, or as we allege, attack election systems.

The crazy part about cyberattacks, even though a large portion of them come from Russian sources, is that some have could from other areas of the world. The areas of which most cyberattacks are initiated come from China, Turkey, Brazil, Russian, and even here in the United States. Interestingly, the previously-mentioned countries make up the top 5 countries where cyberattacks originate, according to SecurityToday.com.

The types of cyberattacks that warrant a global effort to fend off attacks from countries like Russia and others within the top 5 list of countries that are suspect include Advanced Persistent Threats (APTs), Phishing attacks, DDoS (Distributed Denial of Service) attacks, Ransomware attacks like GandCrab, and aggressive malware attacks like the V9 Redirect Virus.

As cyberattacks become more common and sophisticated, they tend to be more destructive and we see many cases of such taking place in attacks that have taken place in just the past few months. By allying on a global scale, allies and even those of NATO, which is a primary target for attack, would build strong defenses in a collective effort where information may be shared and learned to fend off highly sophisticated attacks. Cyberattacks are evolving at a fast pace and the more information that we can all share and implement for better crisis management and cooperative security the better we are to prevent the fall out from yet another massive cyberattack.

Cyber education is one of many areas that can be at the forefront of fending off future cyberattacks. If we're educated on the type of attacks to look out for and at the same time actively implement protective measures in a proactive method, we could gain a slight advantage over hackers. However, right now, hackers appear to have an edge and are willing to take aim at vulnerable targets that have failed to join the forces of others to come up with the proper strategies to fend off attacks, which could be easily learned from other countries or sources in a global alliance.

Should the U.S. join forces with other intelligence agencies, cybersecurity outfits, and foreign law enforcement agencies to form a cybersecurity alliance to move towards better cybersecurity protection?