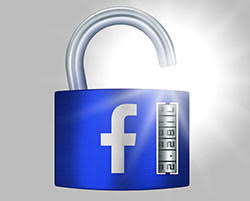 Today, Facebook has outwardly admitted to suffering a data breach that has affected 50 million users. The breach, which is said to have taken place September 25th, was a discovered bug that stemmed from Facebook's "view as" feature, which allows users to view what their profile looks like to other users.

Facebook's size makes it a huge target for hackers

When it comes to Facebook, the social media giant has enough issues in the management of their 2.2 billion monthly active users, making it the most popular network of its kind and one of the largest targets for hackers. With the massive number of users, we're not at all surprised to learn of data breaches hitting the social media network where hackers look to pilfer data from as many users as they can.

The recent Facebook breach is one that they have remedied but the attack is still under investigation by organizations like the FBI as they attempt to find out who was responsible for what was said to have affected as many as 50 million users. Fortunately for those potentially affected, Facebook rolled out a timely update and has not asked any users to change their passwords or security settings claiming that the breach does not warrant such actions.

The attack looks to be one where hackers leveraged the "view as" feature in Facebook where they viewed a profile as another user the tool for posting a birthday video would appear and be used to generate an access token for the targeted user. Through such a process, clever hackers were able to gain access to a user's account that was affected by the system bug. Since the discovery of the issue earlier this week, Facebook has applied a fix and hackers can no longer access profiles in such a way using a generated access token.

Continuous "Efforts" may not be enough to protect Facebook users

"This is a really serious security issue," CEO Mark Zuckerberg said on a conference call with reporters Friday. "This underscores there are just constant attacks from people who are trying to take over accounts and steal information from our community. This is going to be an ongoing effort."

The "ongoing effort" as explained by Zuckerberg, continues to be a task that not only Facebook is up against. Many other social media networks have had their fair share of data breach issues in the past and fear of future attacks.

Swirling scrutiny has reached Facebook in ways they didn't want to own up to in the recent years as they took a hit from many angles from their Cambridge Analytical debacle back in March of this year. At such a time, over 87 million Facebook users' data was at risk of being used for purposes other than those intended by the social media network. As Facebook reels in from such a time, news of today's data breach doesn't help matters as once again Facebook comes under a fine microscope by authorities their 2 billion-plus users.

As Facebook and other social media networks work to keep their user base safe, we will once again be assured one day in the future that hackers are working just as hard, unfortunately.